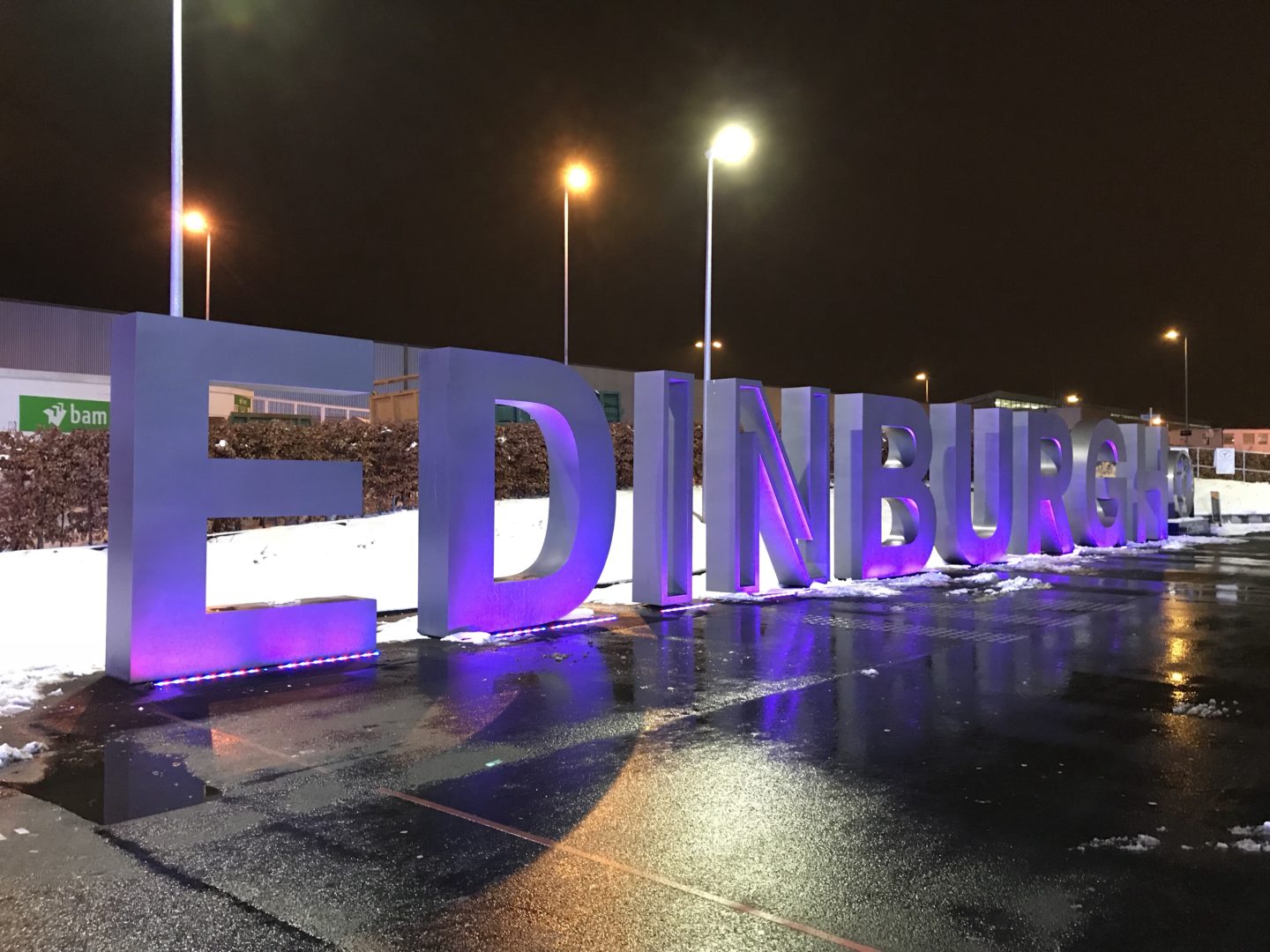 I hadn’t been to Edinburgh in 6 years, so it was time to pay my bestie a little visit!

I had planned to go to Edinburgh in March, and it was meant to be the end of Winter and the beginning of lovely Spring. Well, cue the Beast from the East and that really didn’t happen! My mild packing had to change as I now had to prepare for snow and minus temperatures. To say I had a mild panic attack, is an understatement.

So what did I pack?

Well I am not a jeans gal, I live in tights every day, so even though I knew I would be a bit cold on my legs, I did it anyway! I packed a few of my black leggings and I more than survived. I packed a bunch of vests for under my long sleeve tops, which were then layered with a tracksuit top. Hats, gloves and scarves were essential! I priced the jackets here, and well I was not paying R1700 for a puffer jacket or a coat. I did some research and knew there was a SportsDirect store about 1km from where I was staying and the coats I wanted were R800-1200 and much better looking! So I planned to take an old thick hooded jacket that I was going to give away here, and use that for the first night and the morning walking there to buy a coat, and then just donate it to someone who needed it. That is exactly what I did. I was all layered up and got to my hotel after 8pm, and left the hotel around 9am the next morning and got my fabulous coat!

I got some awesome snow type shoes from Planet54 that I didn’t think I was going to need at the time, but they literally saved my life! I didn’t fall on the ice or snow once, yet I saw people sliding all around me. I wore those boots to death. I also packed some cute Ugg type comfy boots, Puma trainers, some combat types and then another pair of casual trainers that I really didn’t need and shouldn’t have packed. It was so wet and snowy that they weren’t ideal to wear. 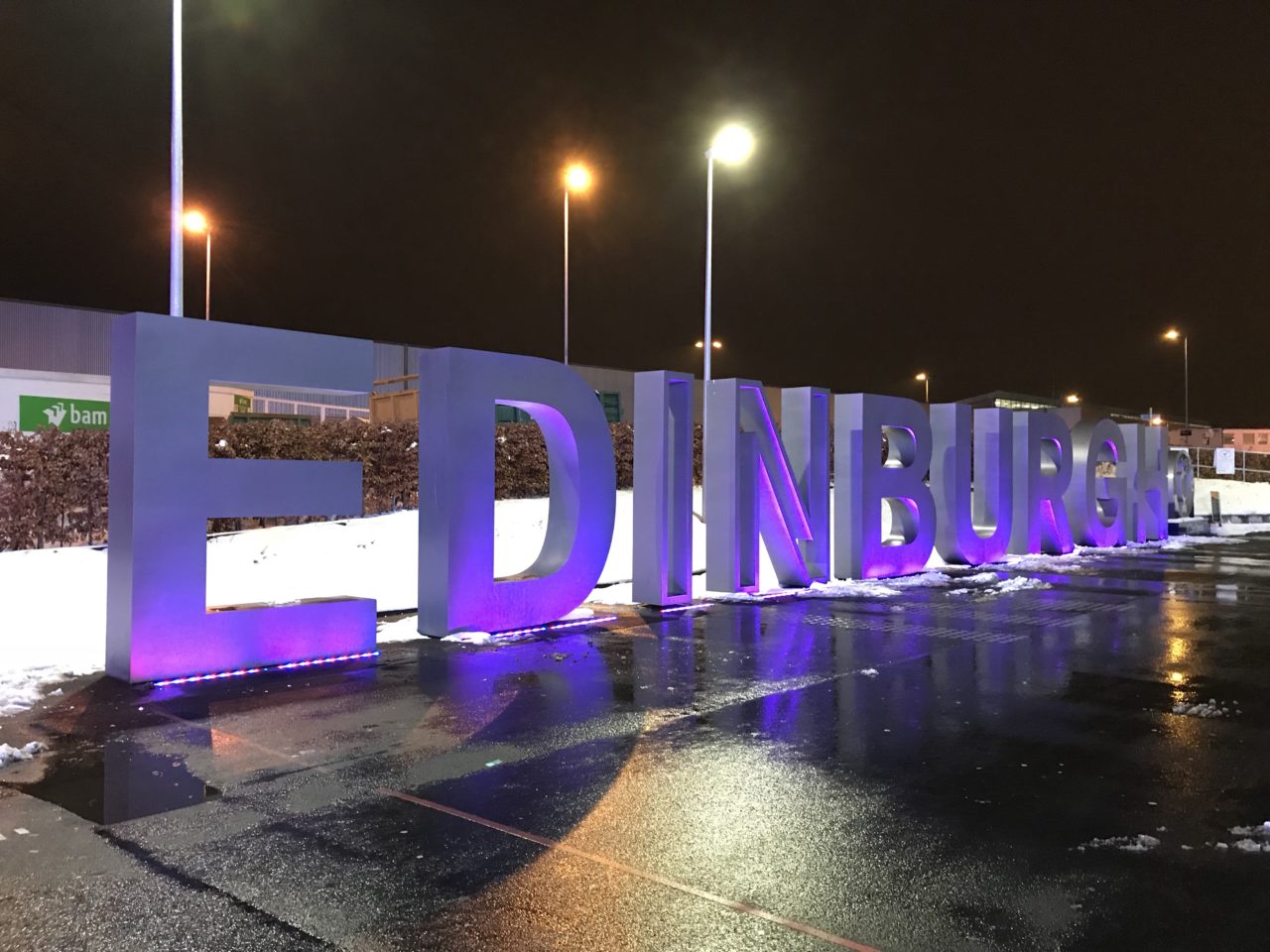 The snow was so bad, that we didn’t know if my flight from Dubai to London was even going to take off. My dad works in aviation and he even told me afterwards that he didn’t know if it would but he didn’t want to say anything to make me panic! Luckily, they were all aboard the ice trucks and clearing the runway so the flights could all take off and land. 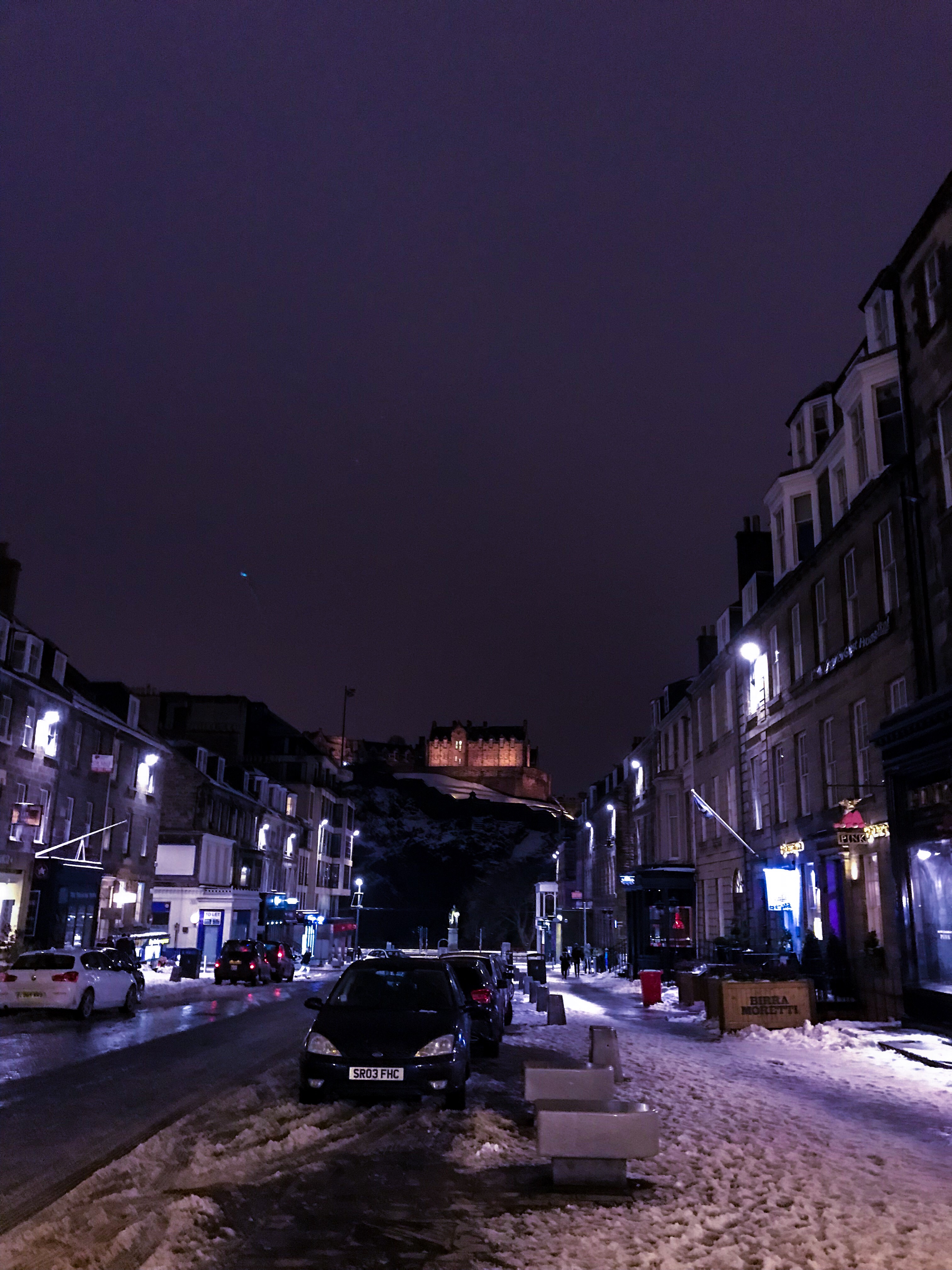 I took the new tram from the airport to town, and it was so convenient! I did manage to get off the wrong stop and have to walk a km instead of 200m haha, but I got to enjoy that beautiful castle view! 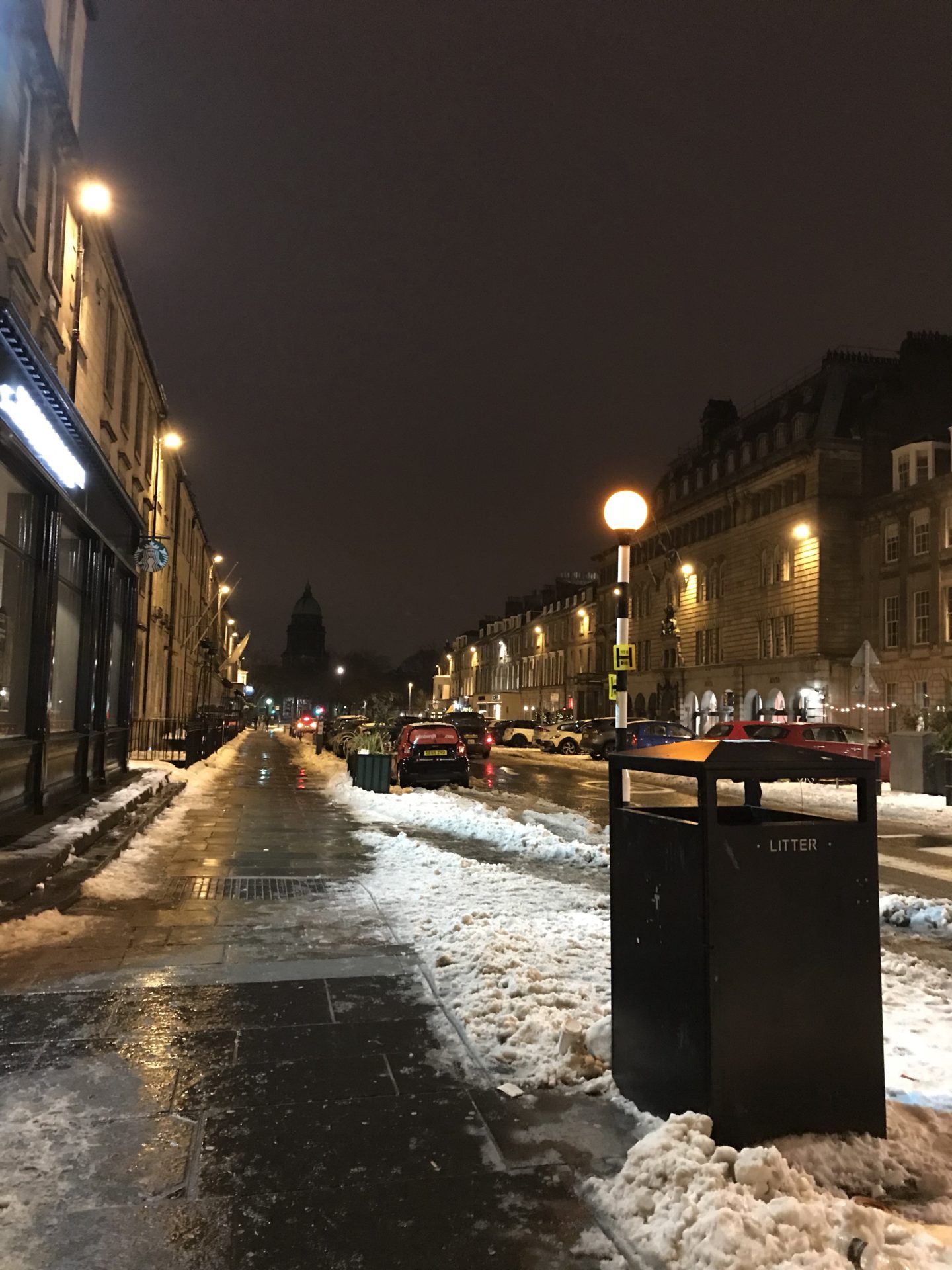 George street is one of my favs

I used to love walking down this road when I lived there, and because one of our favourite clubs was that side as well, so my apartment that I booked definitely gave me all of the feels! 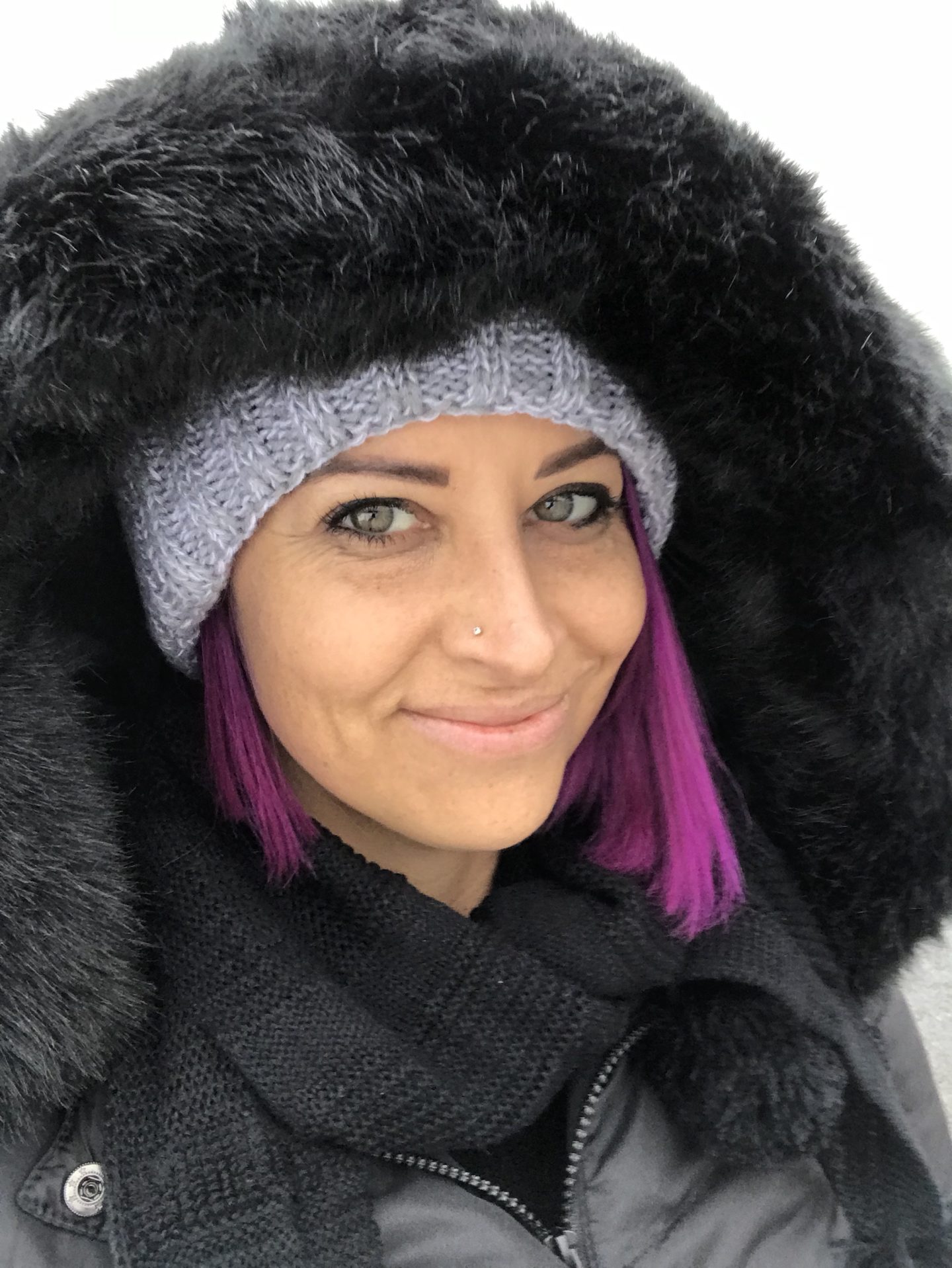 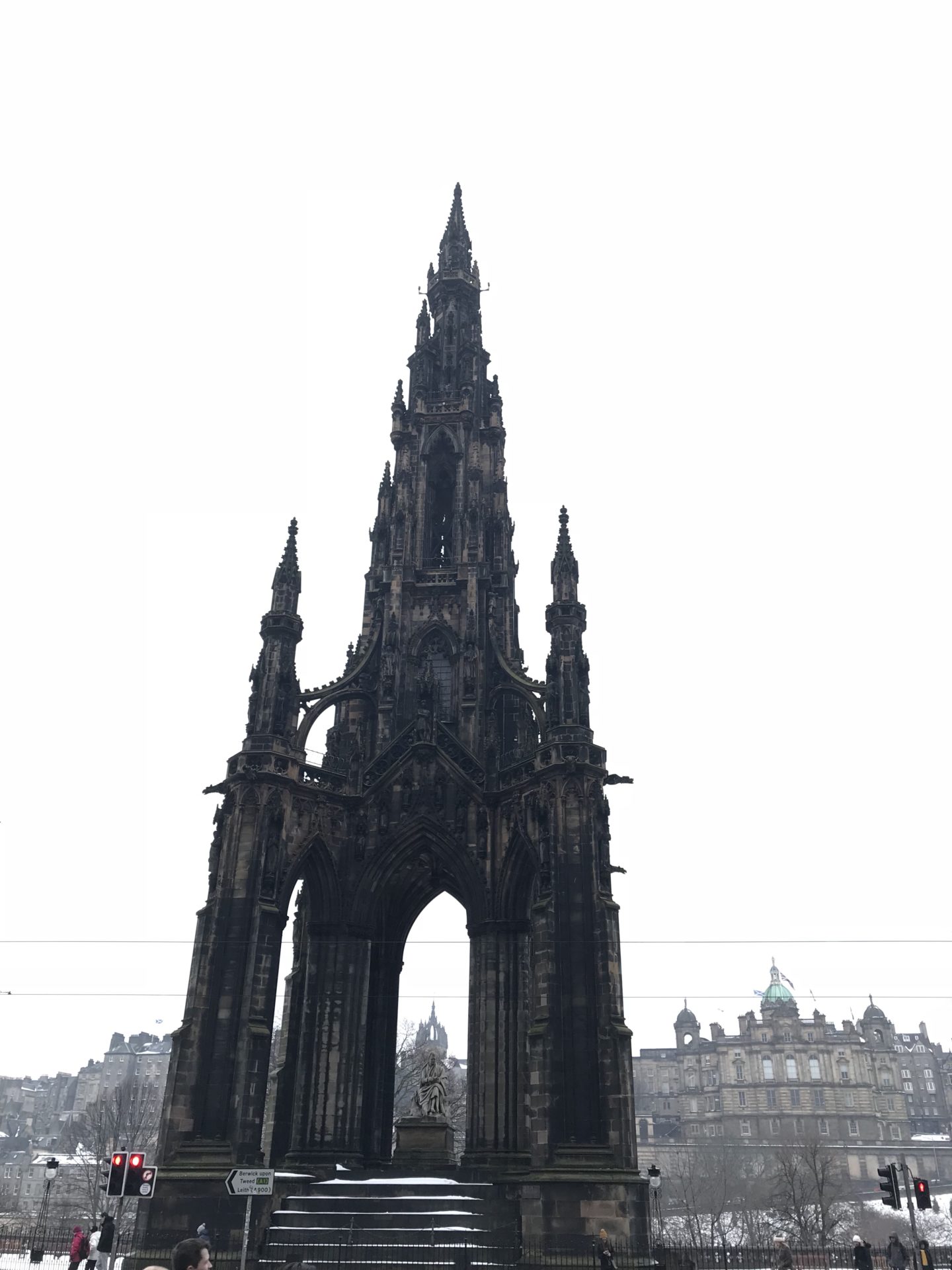 Scott monument is still my best!

I had planned to hike to the top of Arthur’s seat, but obviously that wouldn’t happen now! So I just walked the first part and managed to only trip once. 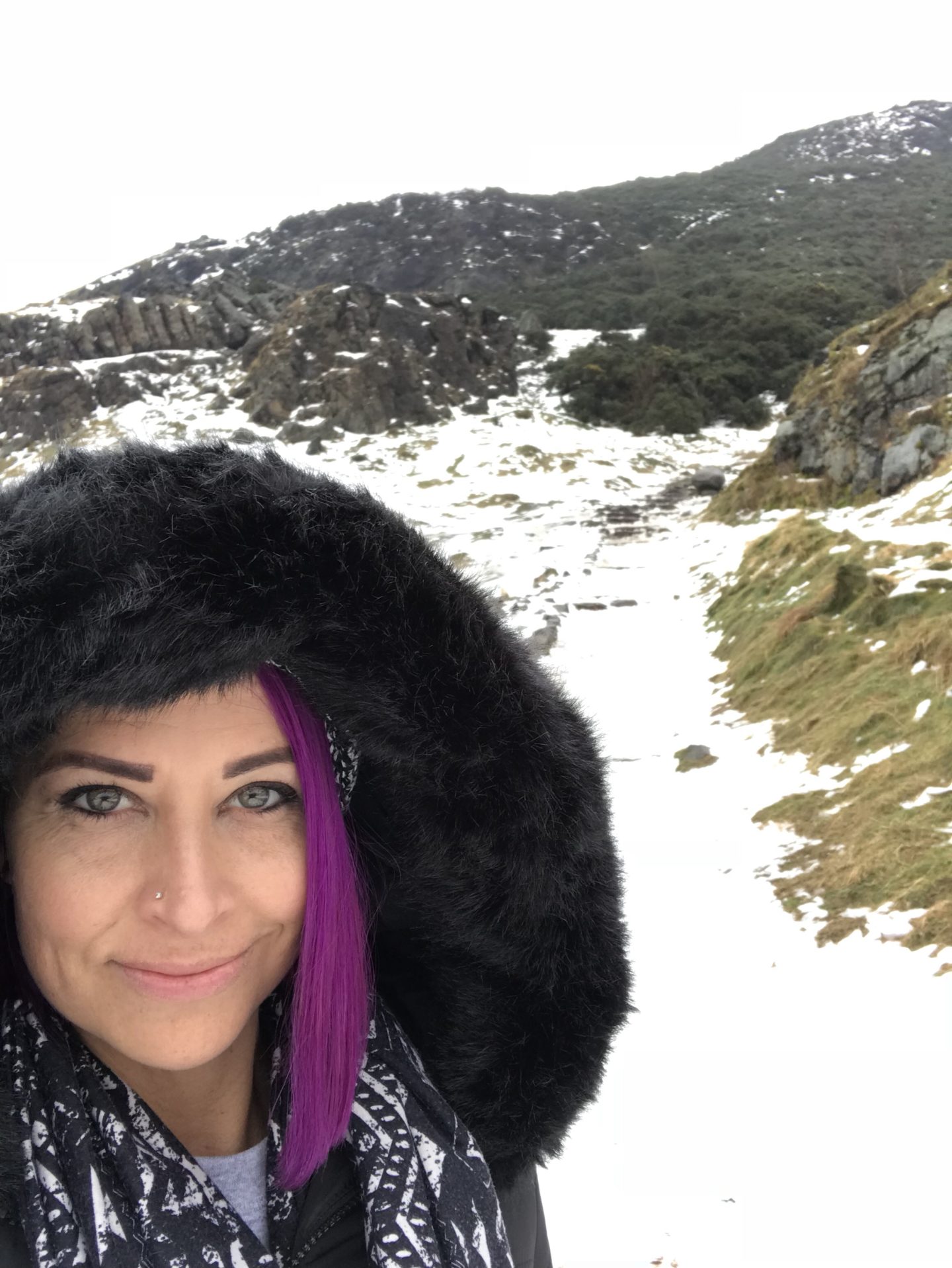 Looking at the hill that I can’t have

I used the red sightseeing bus to get around to all the spots I wanted to see. I’d done it when I lived there and did the castle but I didn’t do Calton Hill or Holyrood palace so this time I got to do it! Dalton Hill was FREEZING! It had snowed yet again and it was raining and windy. But it was the last day and the hop on and off bus ticket is only for 24hrs so it had to be done.

My first time up Calton hill! 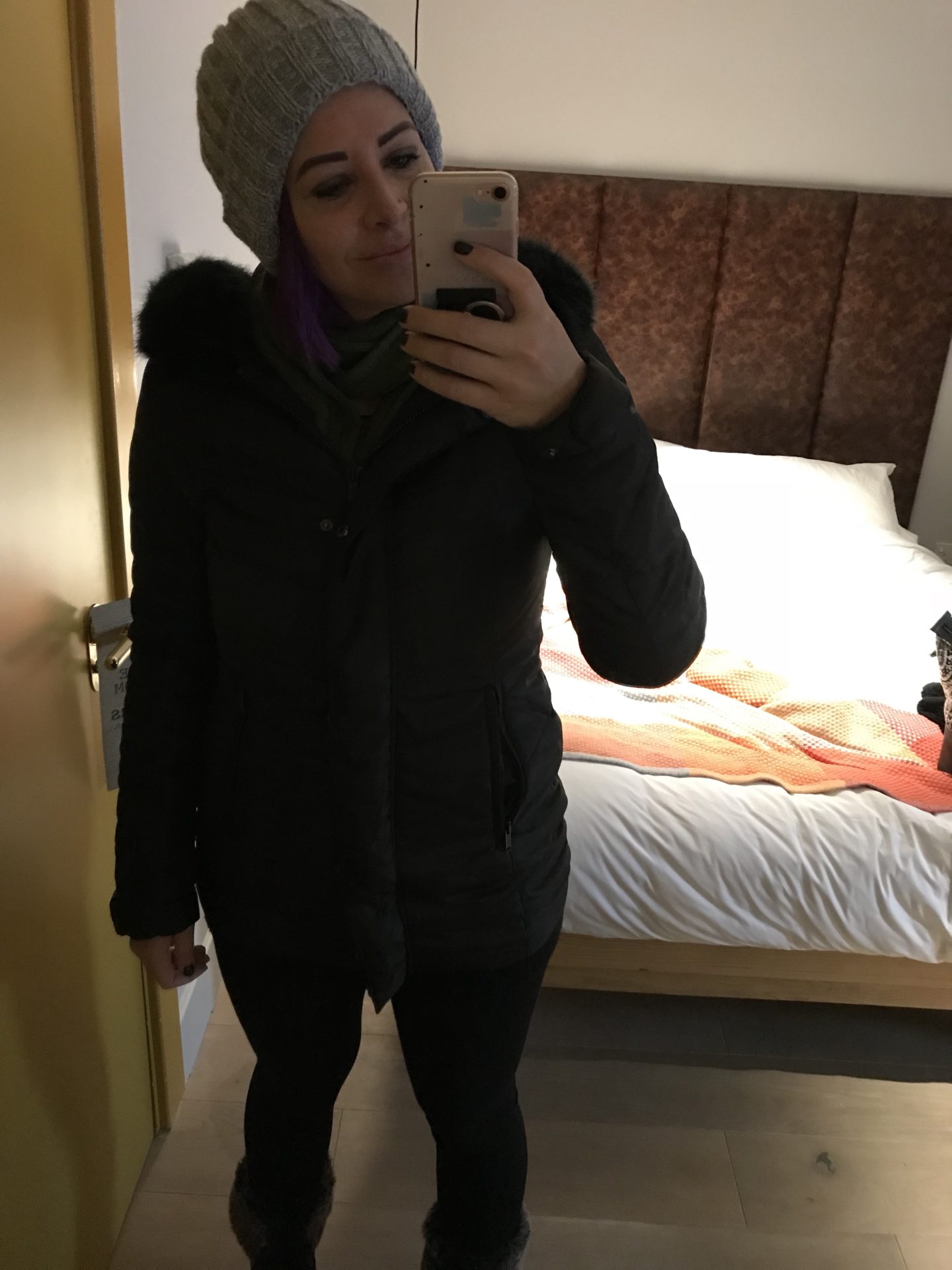 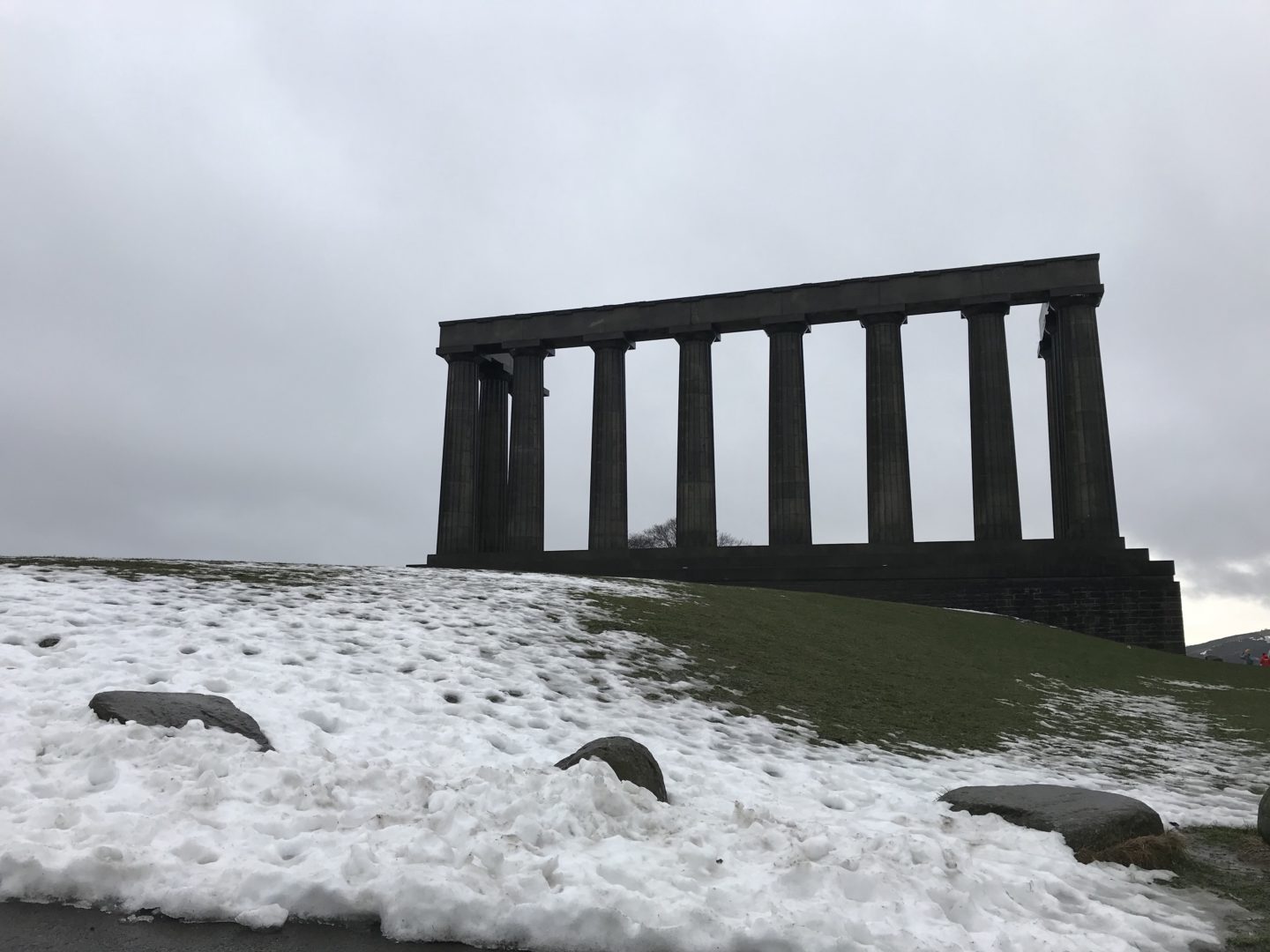 Up on Calton Hill 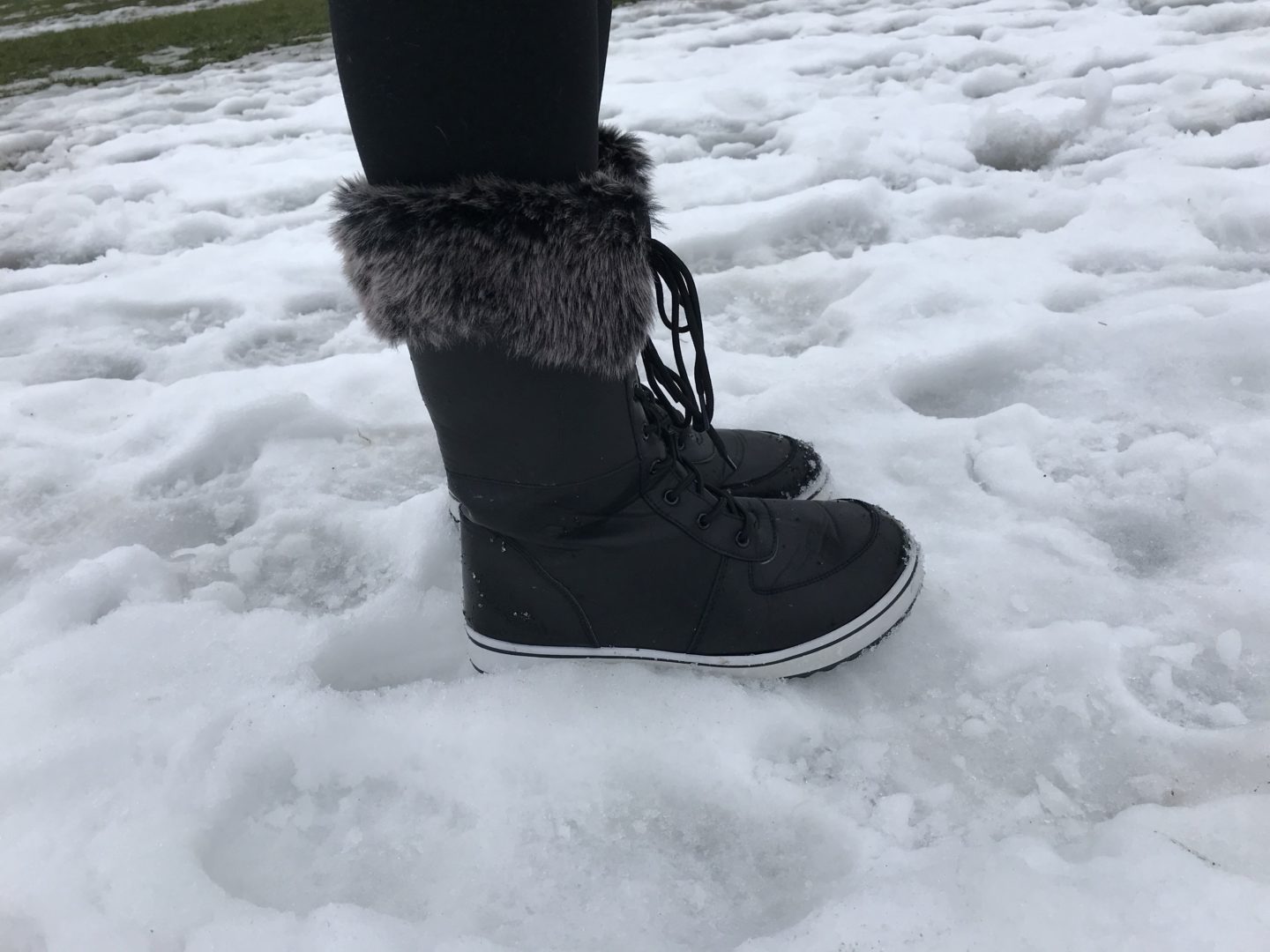 I took myself on a little adventure outside of Edinburgh to Lauriston Castle. Obviously I’d seen pics of what it looked like in Summer, so this Winter wonderland was a tad different! 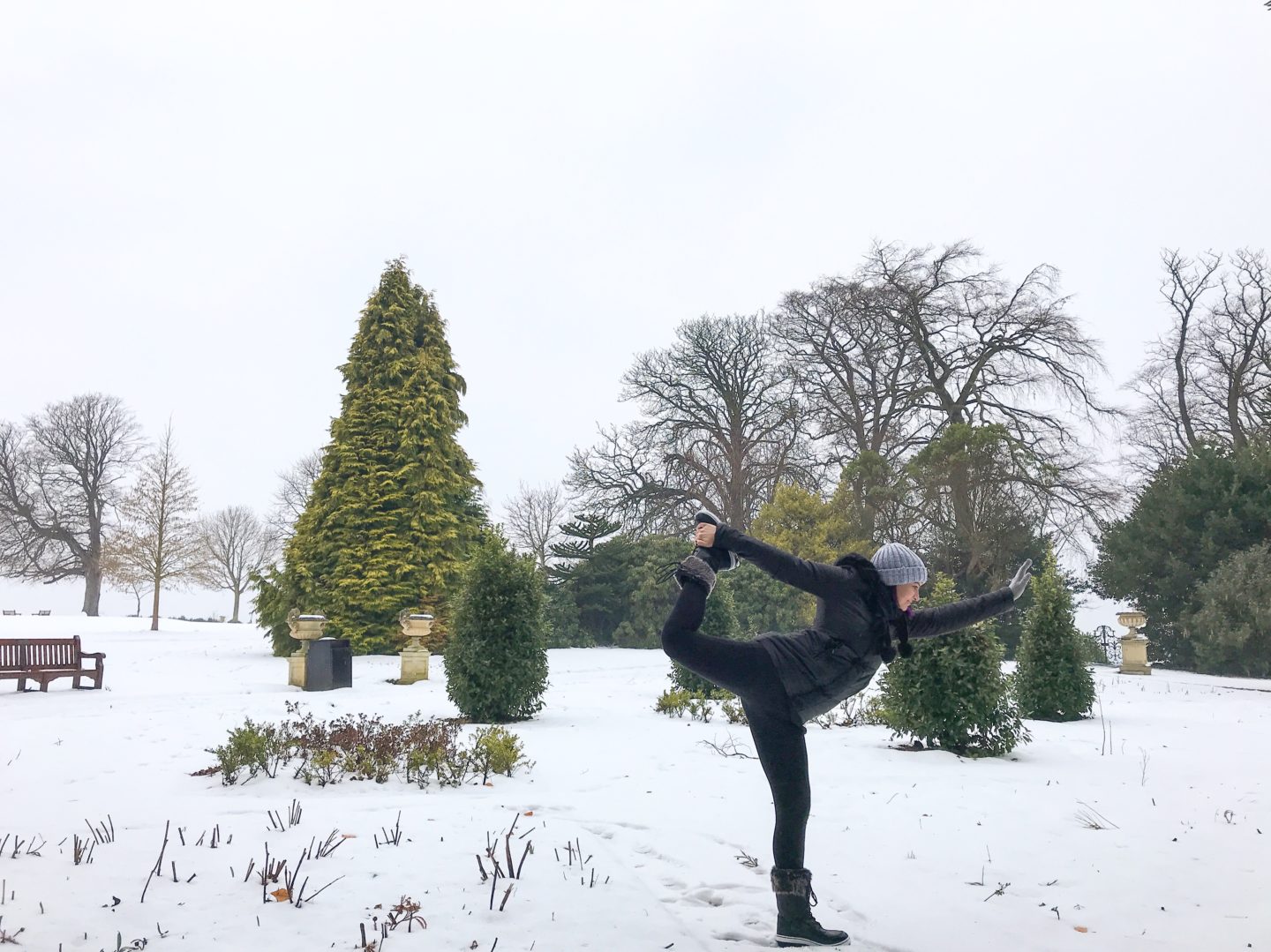 Solo travel comes with some challenges. Like this. It was raining and I wanted to take a pic. So I had to find a bench under a tree! Tripod and self timer for the win! 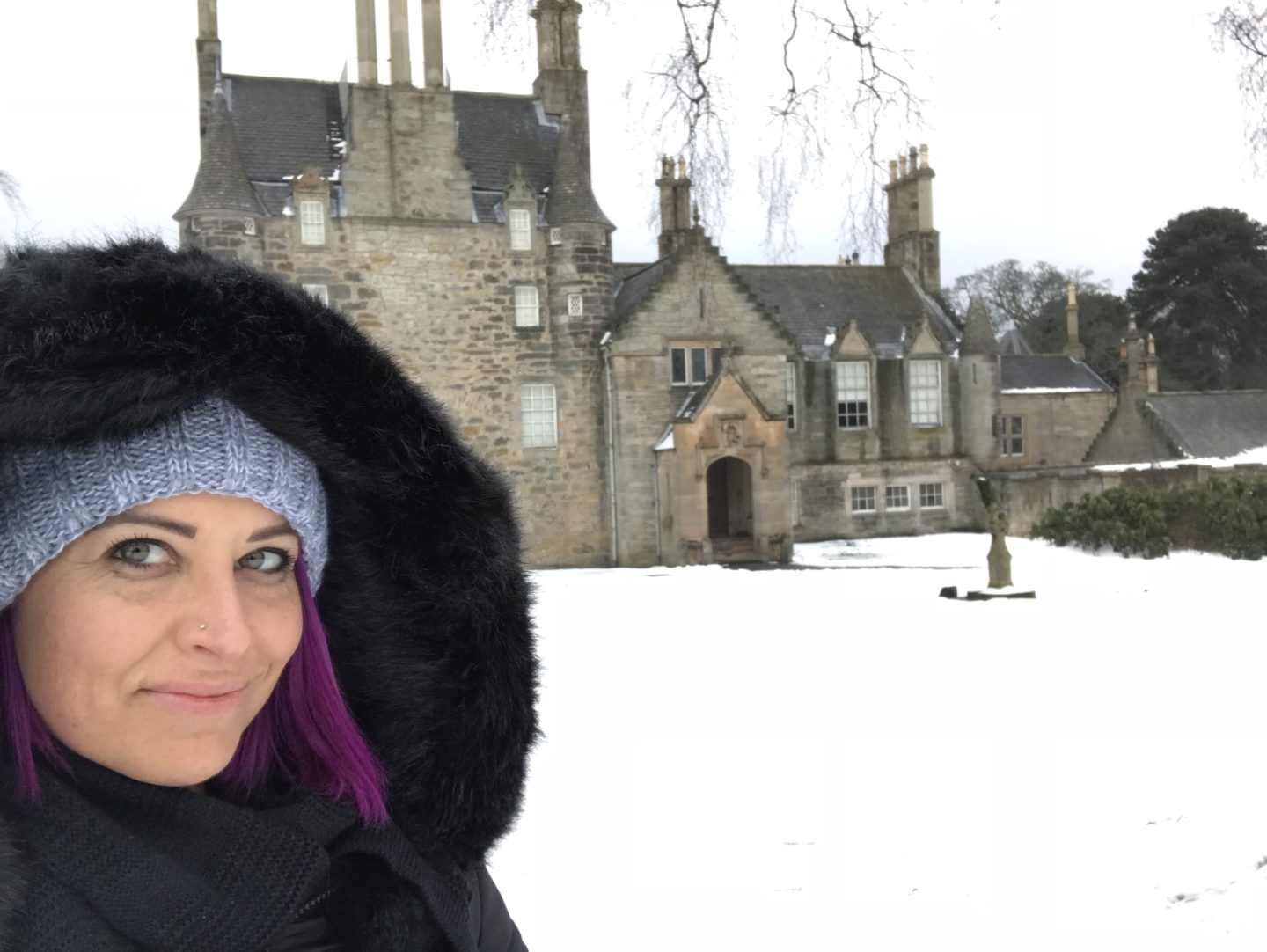 Does my hood make this castle look small?

I’m a big Harry Potter nerd, so possibly the most exciting day was doing a Harry Potter tour!!! As you may know, JK Rowling is from Edinburgh and wrote the books there. I went on a tour that showed us the inspiration for Diagon Alley, the names of a some characters, and where she wrote the first book! Best day ever! 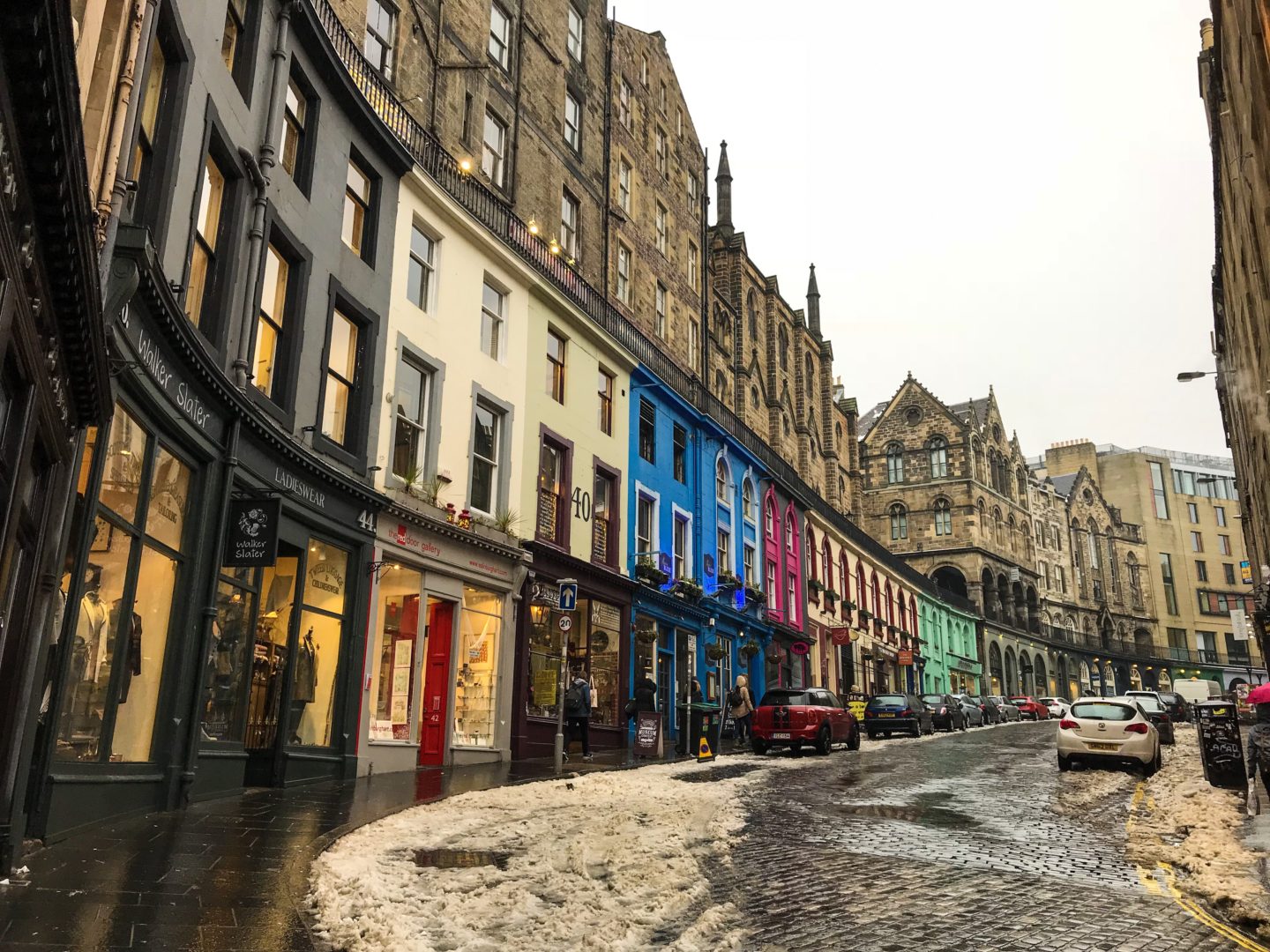 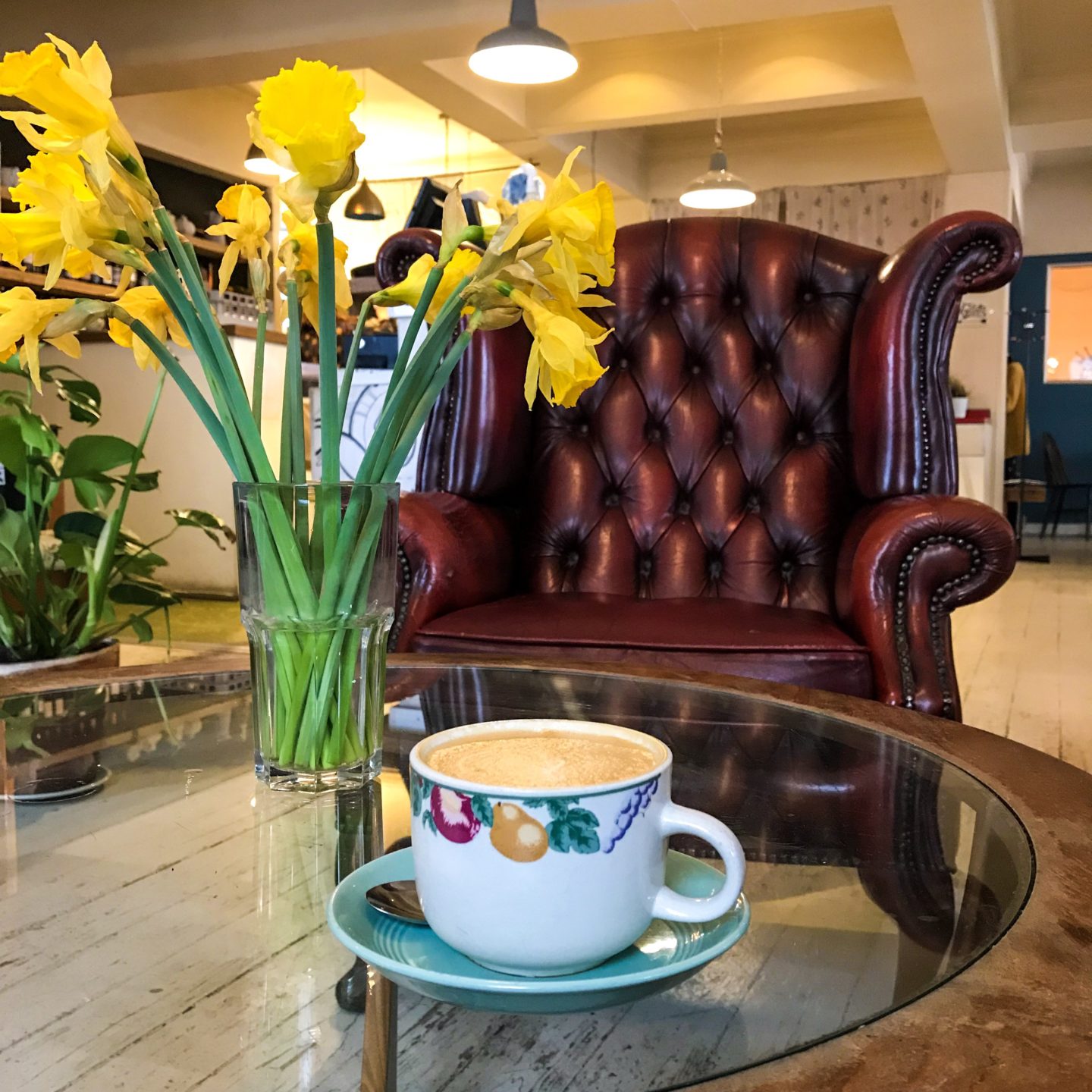 I went early and treated myself to coffee at Spoon, aka Nicholsons where she wrote the first book. It was MAGICAL 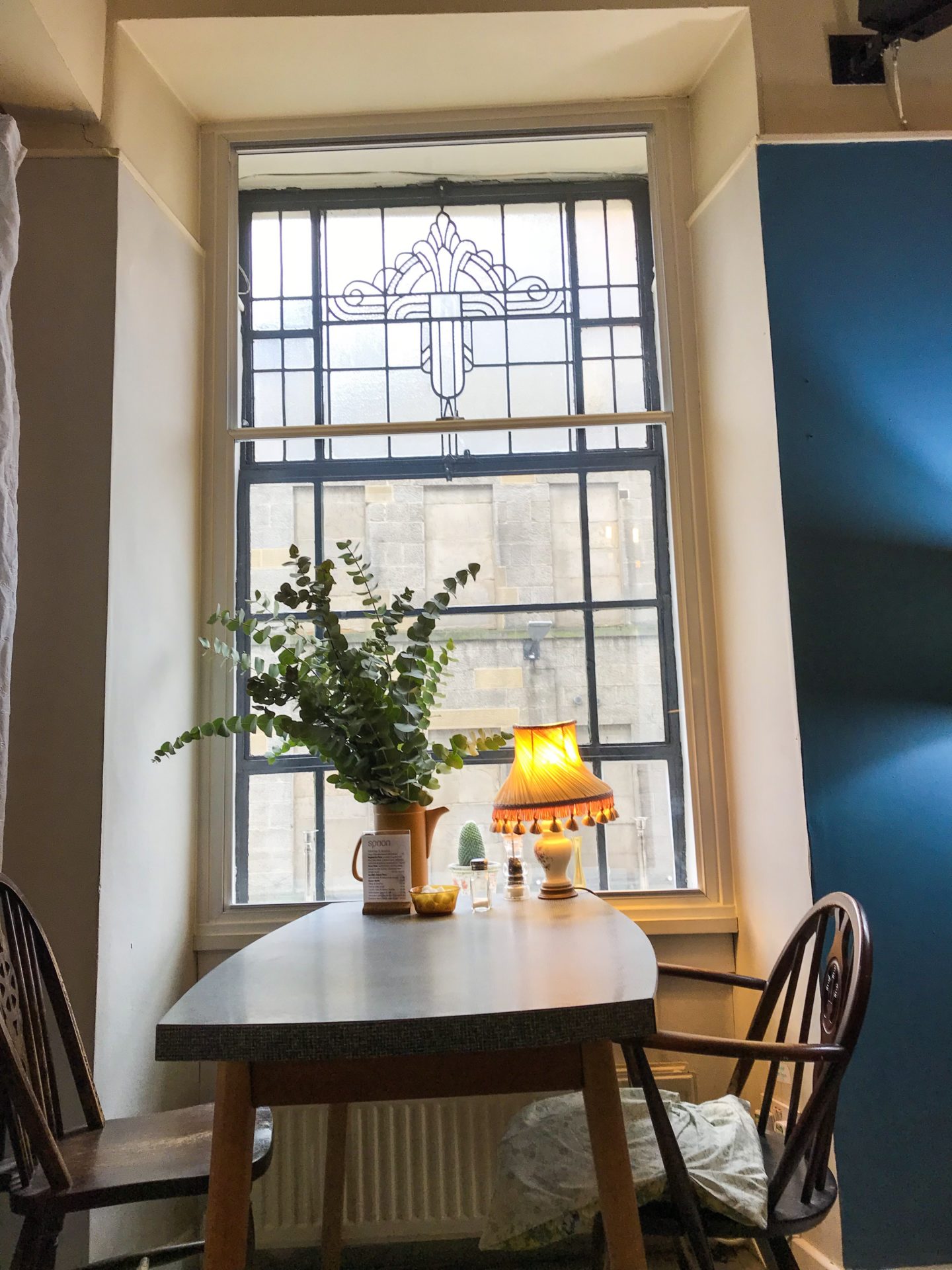 I would sit there and write for hours if I could!

I wanted to visit Holyrood palace this time, and I was so happy I did! The Abbey itself was beautiful! We weren’t allowed to take pics inside the palace, and it is a working palace so certain rooms were closed, but it was so fascinating! 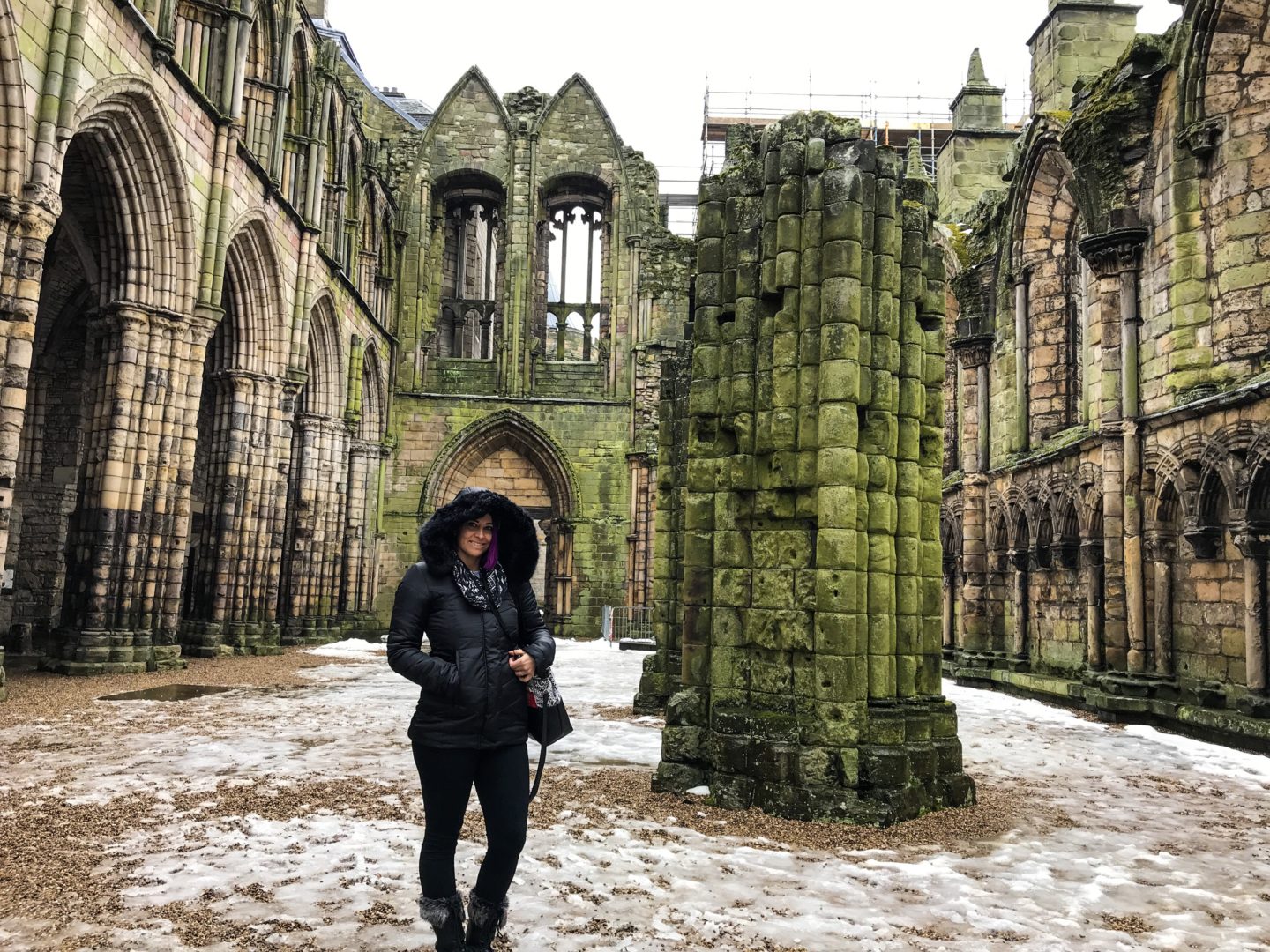 Just an ancient abbey. No biggy 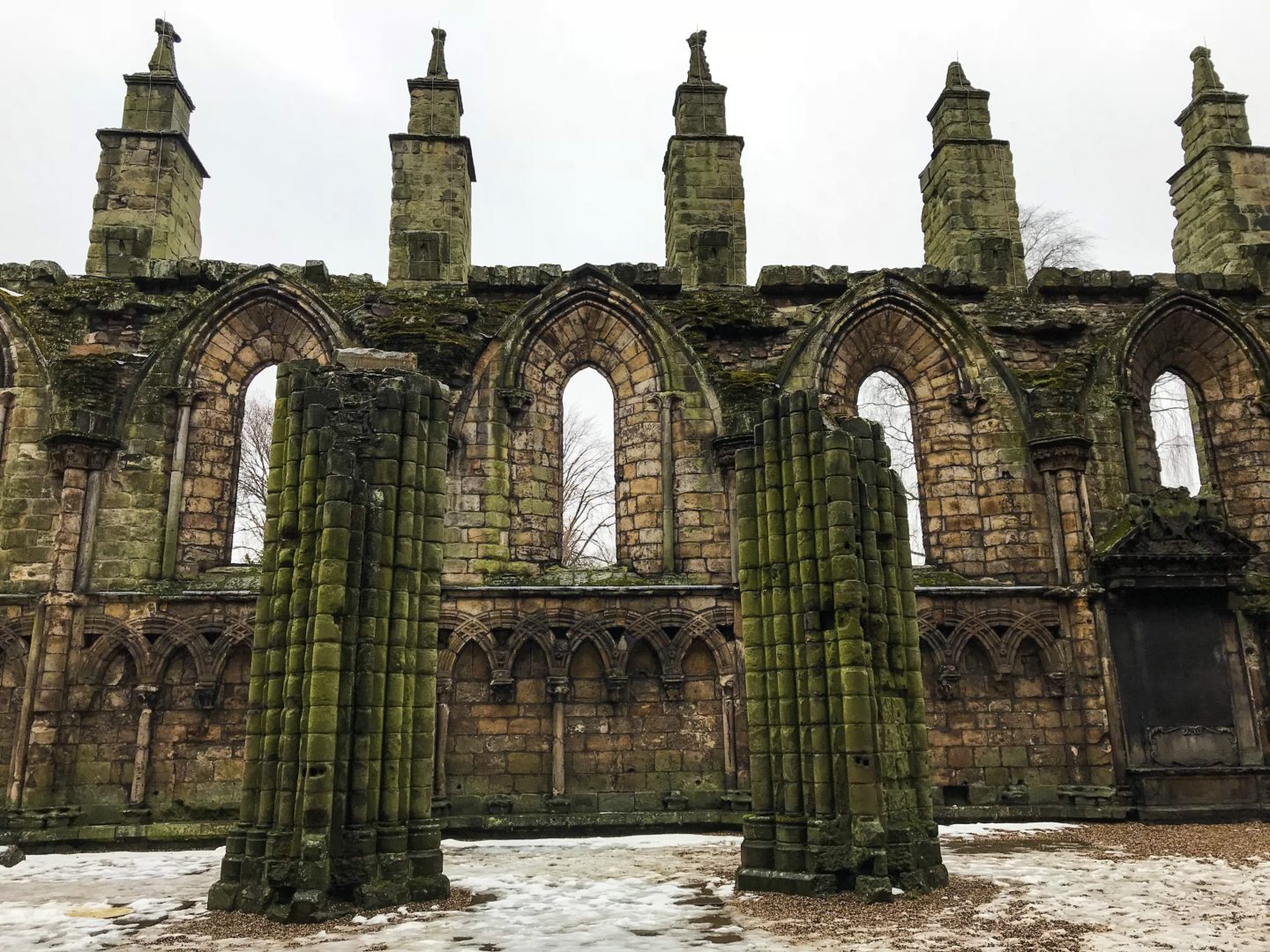 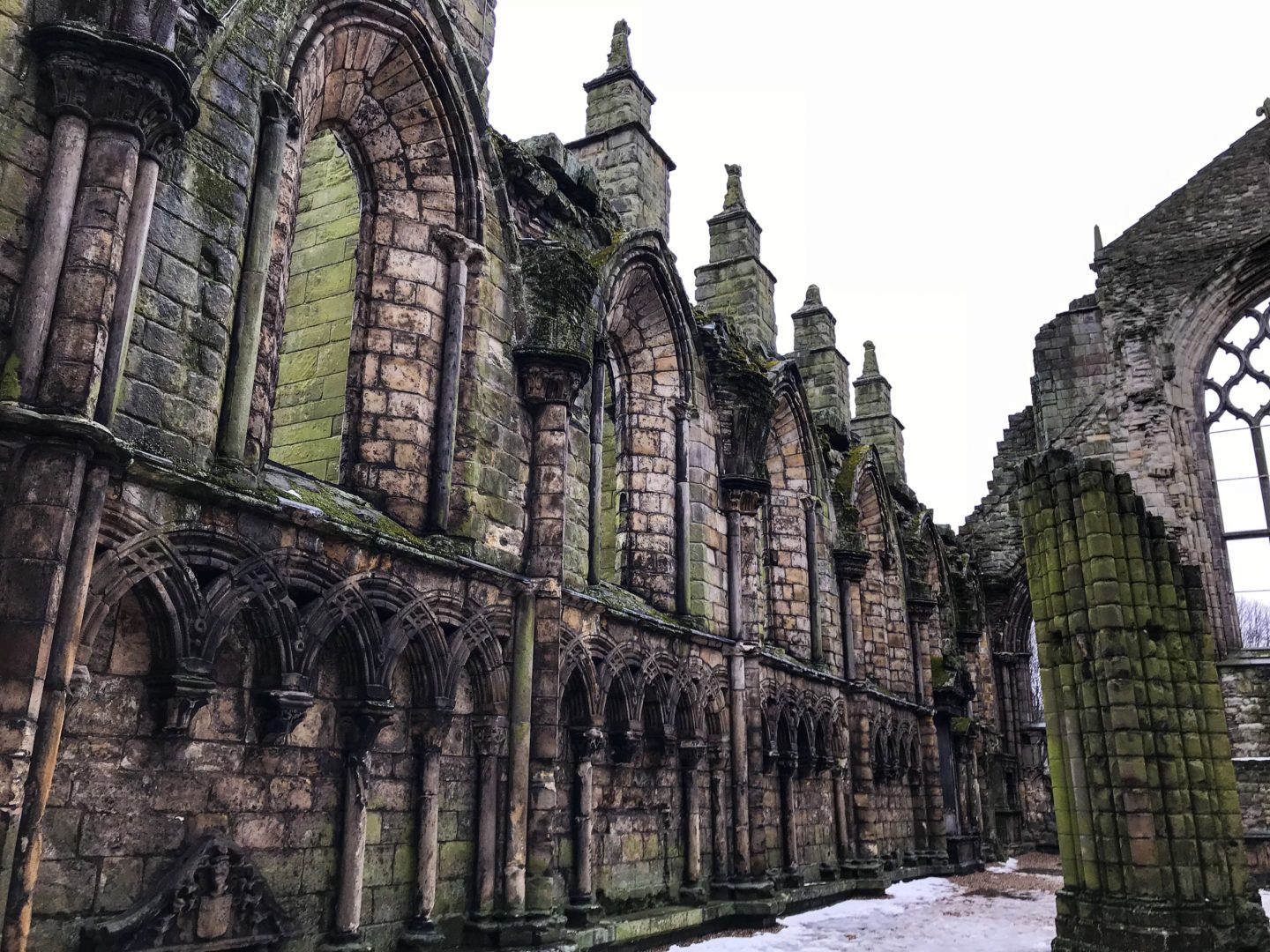 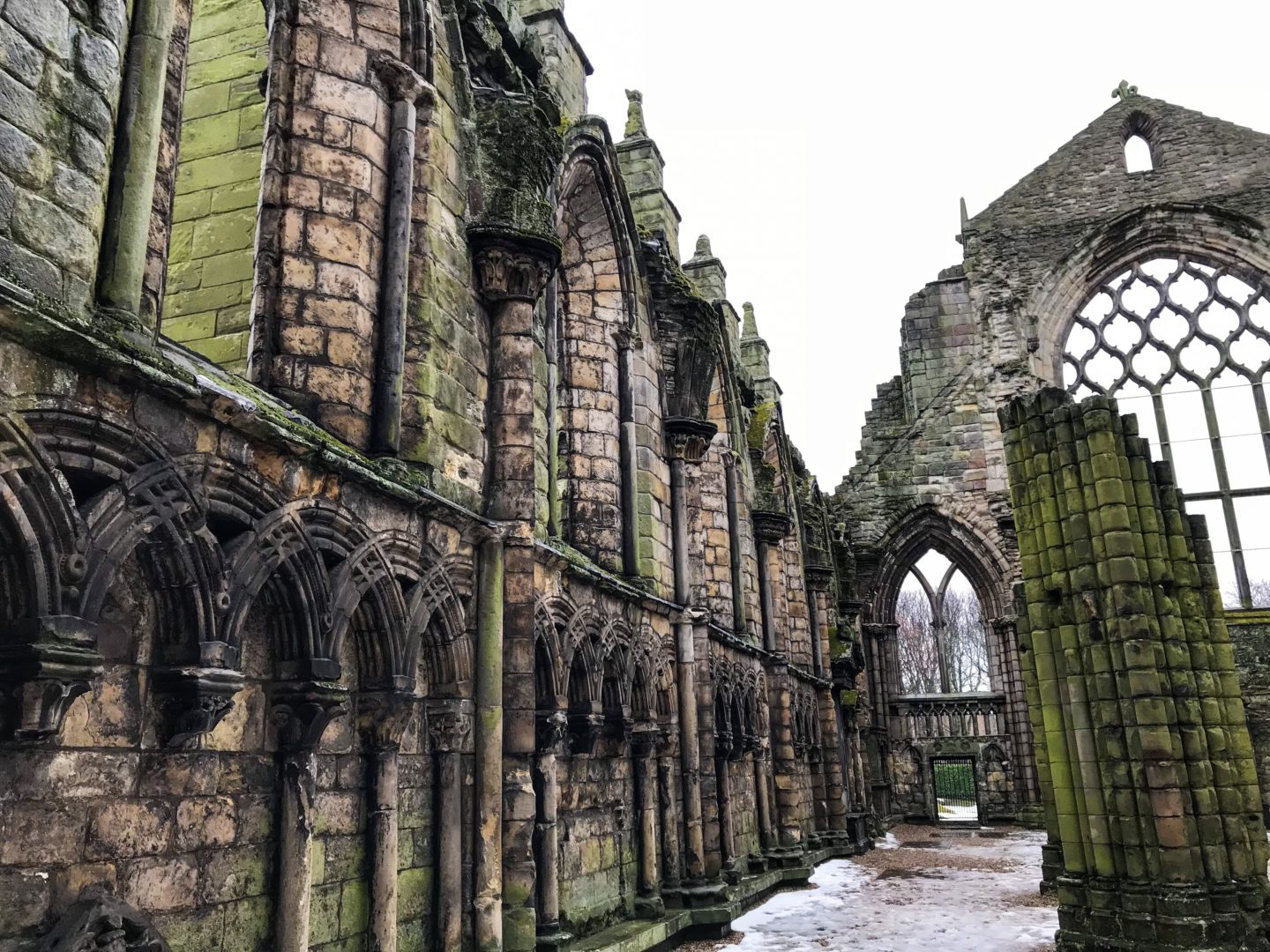 I loved seeing it all 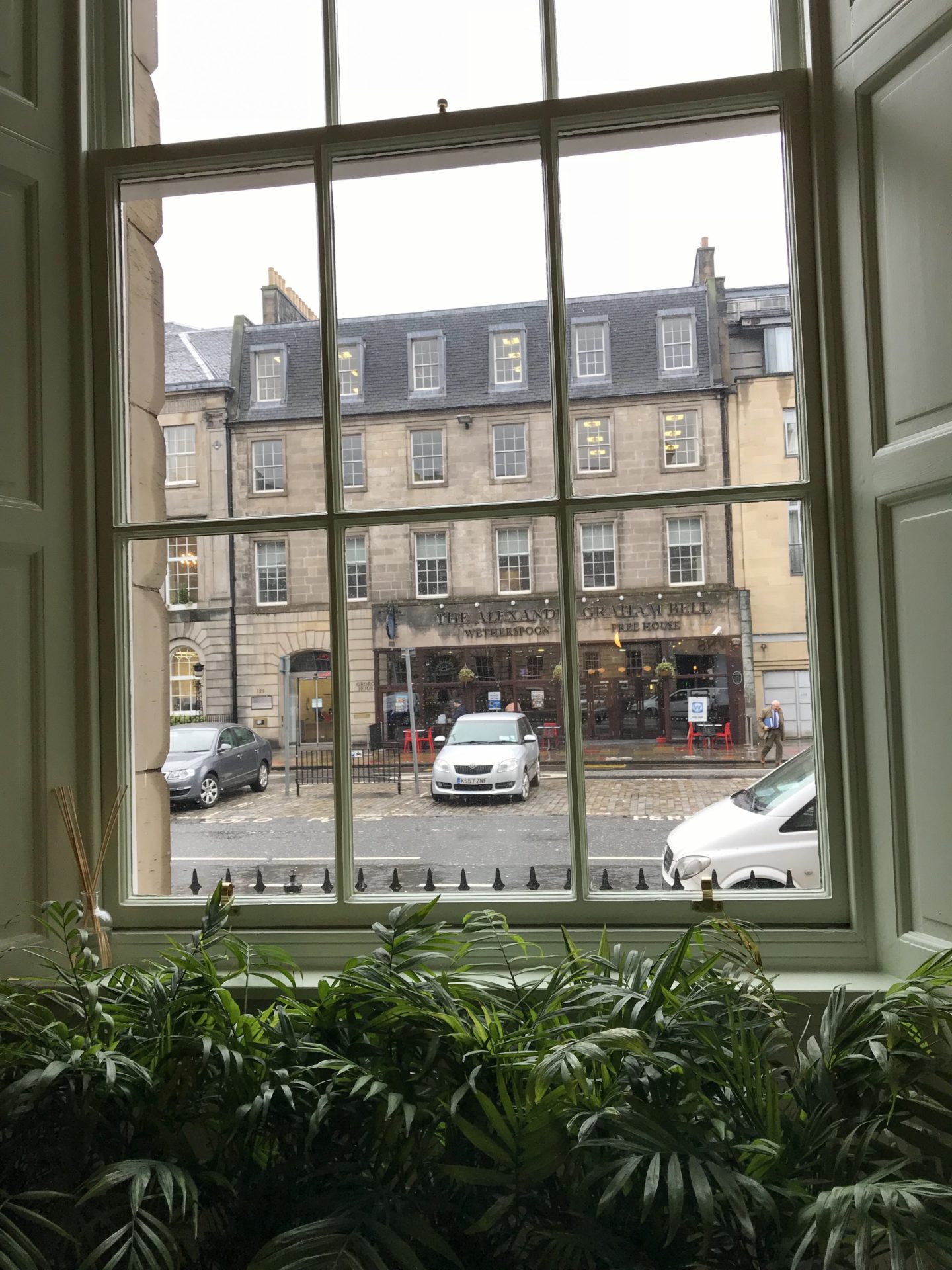 I love that the apartments had a little coffee shop downstairs 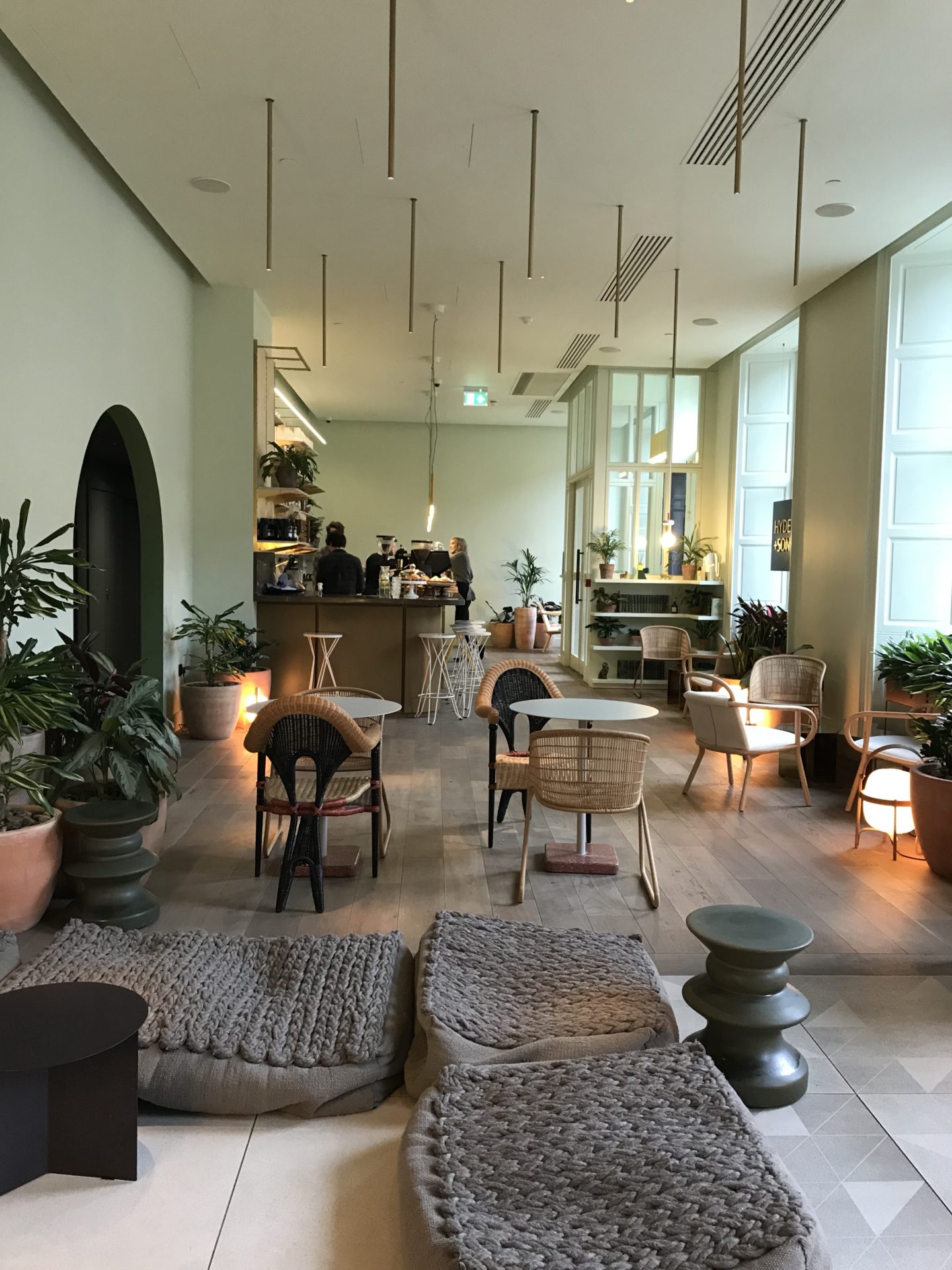 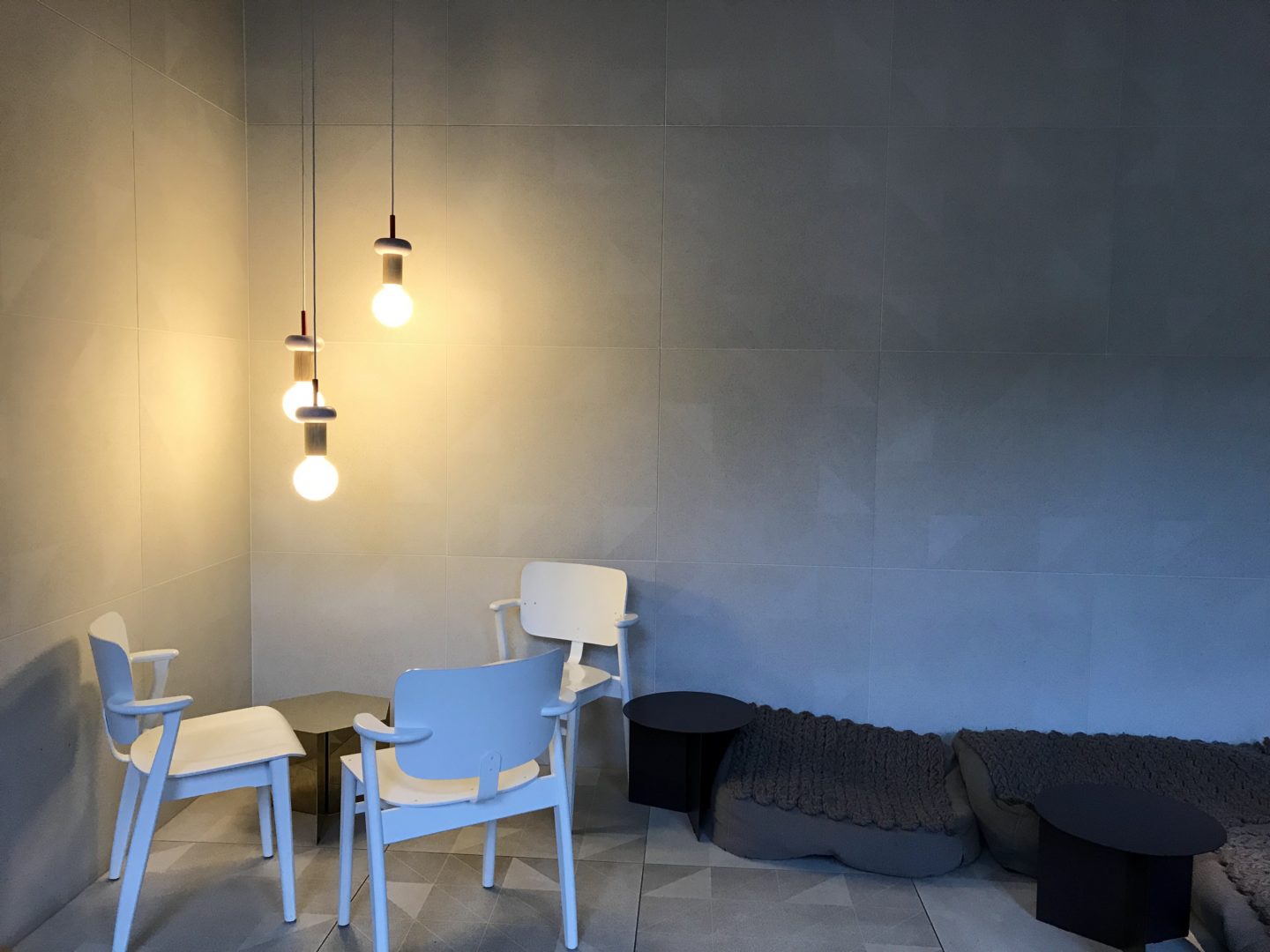 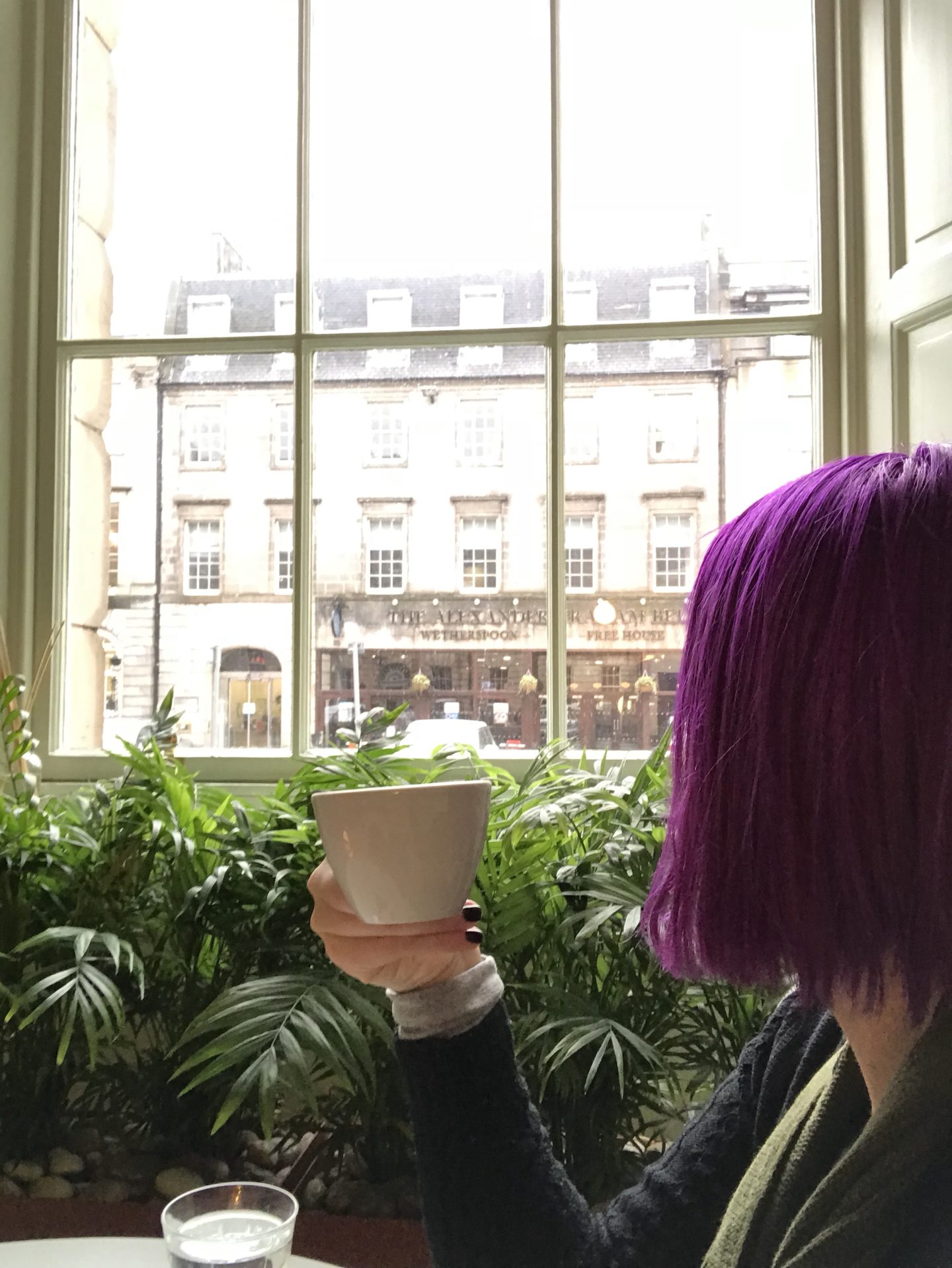 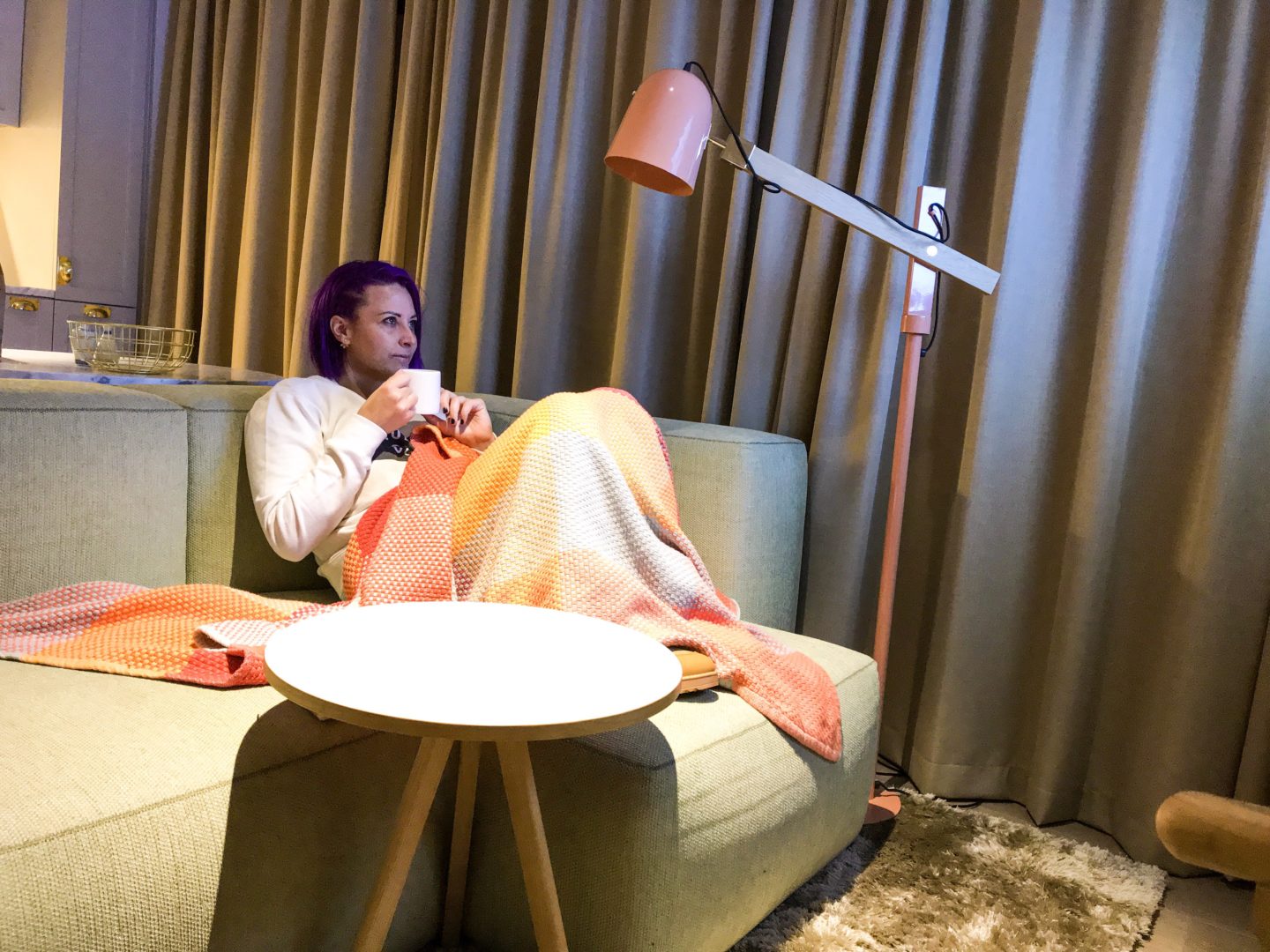 Basically me every night

I had such an amazing time visiting one of my favourite cities! Next up was the train to Glasgow to stay with Isma and see some other friends.

Stay tuned for my Glasgow travel diary next!

Here’s a video of me in my apartment

Have you been to Edinburgh? Is it on your list?