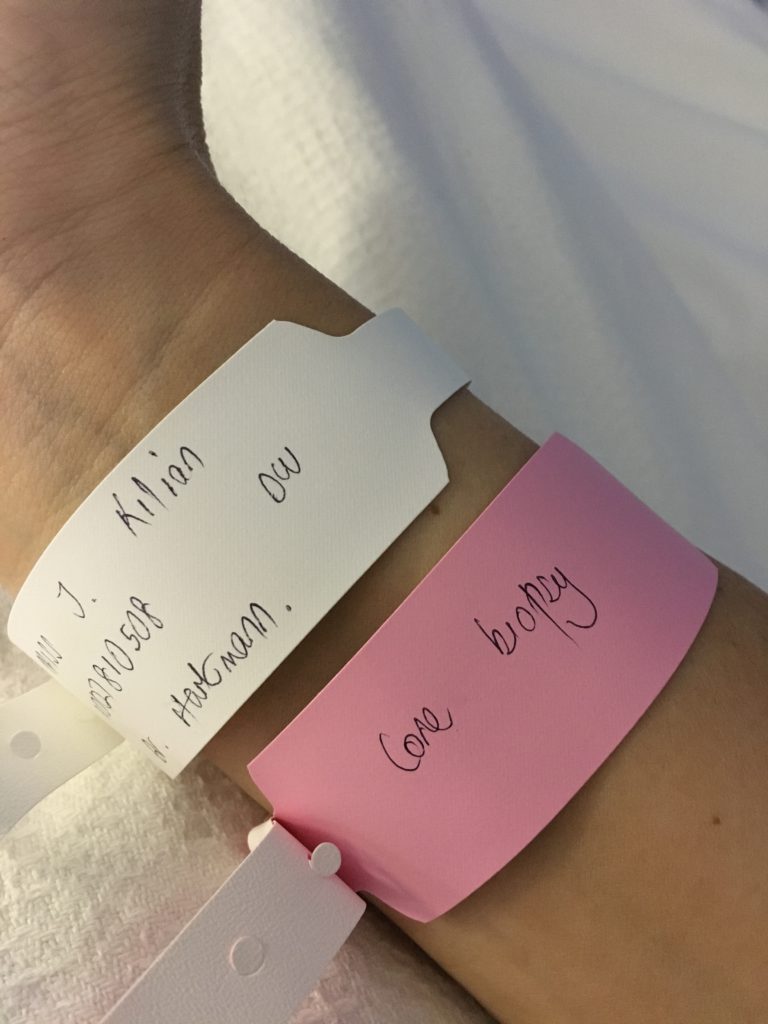 I think it’s time for some girl talk. Real talk. Talk that doesn’t happen enough. We need some honesty up in here!

I have been dealing with something scary for the past few weeks, and while I haven’t been quiet about it, I haven’t been screaming it from the roof tops either. Half because I don’t like broadcasting every bit of my life and half because I guess part of me was doing it because men don’t exactly like reading it? But then I thought, who cares what makes them uncomfortable? If this saves the life of someone they care about, I don’t actually care if the thought of a woman’s cervix makes them squirm. This is real life and if we aren’t sharing real experiences to help others, what are we even doing?

I was a few months overdue for my pap smear, because life, so I didn’t think anything of it when I went in for my appointment. Then a few days later I got that call. The call that you don’t want because you know that if it is all clear that they usually don’t call you. I got that call. I happened to be paying for my petrol at the time so I heard bits and pieces.

My heart stopped. I felt sick. Was this really happening?

I wasn’t thrilled to be having a cone biopsy, as I have a friend who had it before so I had a bit of an idea. The good thing about this procedure is that it shows the depth of the lesions and how advanced it is. It is a lot more reliable than the pap smear.

So I went in last Monday for my surgery. Must say I was more scared for my results than the actual surgery. It’s the waiting that is the killer! Even now, I’m sitting here waiting and not knowing and it is the worst feeling ever. Followed closely by wearing pads and feeling like you’re in a nappy 24/7. Not cool! I’m all about NOT knowing what is going to happen step by step. The anaesthetist is the opposite. “So you’re going to be given some oxygen, then we will put the IV in and you’ll start to go to sleep quite quickly. Then we will put the tube down your throat because you won’t be breathing but the ventilator will breathe for you, so when you wake up your throat might be a little scratchy. We will keep you under with gas and then turn it down for you to wake up.” Ummm thanks that wasn’t scary at all! Even though you know you’re assisted whilst under, the really raw and real imagery is not needed 5 minutes before going into theatre thanks. I came out of it ok, but he greatly under exaggerated the “scratchy throat” part. It was more like, you might wake up with your throat feeling like you’ve had a throat infection for a week with infected tonsils. Not cute. Not fun.

I was in the ward for the rest of the day and finally got home that afternoon. I crawled into bed with my new nappies and slept for hours. When doctors prescribe medication I don’t question it. Two ultraset 3x a day? Thanks! Nick thought it was a lot but who am I to disagree with the doctor? Also, who wants to be in pain? Lets just say I slept well every night. 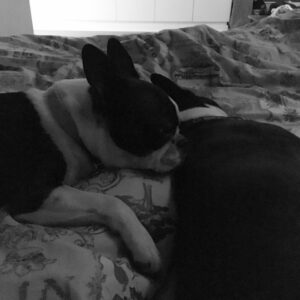 Best company! Isn’t it funny how they always know when you’re not well?

Here’s what they do for a cone biopsy:

A cone biopsy is done to determine how deeply cancer cells have spread into tissue beneath the surface of the cervix. It is also used to treat very small, early-stage tumours. It is called cone biopsy because a cone-shaped piece of tissue is removed from the cervix.
The cone biopsy is usually done under a general anaesthetic and involves a day or overnight stay in hospital. Results are usually available in a week.

There are different levels for the cells. Mine was the CIN3 level, which they found from the pap smear so we will see if it matches from the biopsy. This is basically two levels below cancer! This can grow from a level one to level 3 in a few years. That’s why it is SO important to get your pap smear every year, so they can prevent it. My biopsy was 2cm wide and 1.5cm deep and the good news was that they got the whole lesion and abnormal cells out for the biopsy. Now its just a waiting game to find out if its worse than they expected or not.

Different levels
CIN 1: Slightly abnormal cells are found on the surface of the cervix. CIN 1 is not cancer and usually goes away on its own without treatment. Sometimes it becomes cancer and spreads to nearby normal tissue. CIN 1 is sometimes called low-grade or mild dysplasia. Also called cervical squamous intraepithelial neoplasia 1.

CIN 2: Moderately abnormal cells are found on the surface of the cervix.  CIN 2 is not cancer, but may become cancer and spread to nearby normal tissue if not treated. Treatment for CIN 2 may include cryotherapy, laser therapy, loop electrosurgical procedure (LEEP), or cone biopsy to remove or destroy the abnormal tissue. CIN 2 is sometimes called high-grade or moderate dysplasia. Also called cervical squamous intraepithelial neoplasia 2.

CIN 3: Severely abnormal cells are found on the surface of the cervix.  If not treated, these abnormal cells may become cancer and spread to nearby normal tissue. Treatment for CIN 3 may include cryotherapy, laser therapy, loop electrosurgical procedure (LEEP), or cone biopsy to remove or destroy the abnormal tissue. CIN 3 is sometimes called high-grade or severe dysplasia. Also called cervical squamous intraepithelial neoplasia 3 and stage 0 cervical carcinoma in situ.
Side effects of a cone biopsy: You may have some light bleeding or cramping for a few days after the cone biopsy. You have to avoid doing anything strenuous for a few weeks, as this could cause the bleeding to become heavier or start again. Basically you need scar tissue to form where the cone was cut out, so the more still you are the better. You can imagine how hard this is for me, but who wants to be walking around feeling like a marshmallow for longer than need be?

So I really hope that we can all talk more openly about all things cervical, because I didn’t know this was as common as it is. I only knew of one person before I had this cone biopsy, but now I’ve heard of so many other people since I’ve been talking about it.

Real talk? Book that pap smear you haven’t had for two years, or nine or fourteen —> You know who you are! It’s really not that big a deal, it is so much quicker than a mammogram and way less painful! Look after your health now. Look after YOURSELF now! Prevent it rather than cure it.

If you’re in Durban and you’re looking for an affordable option let me know as I have two options for different budgets thanks to Jenna and Delia for sharing!

Have you had this procedure? How was it for you?

My results came back and they are CLEAR! He confirmed that it was CIN3 and that he had to take out the abnormal cells to the size of 2cm x 1.5cm. That to me is still quite big in the cervix scheme of things. I now have to go every 3 months for a pap smear to check that the cells didn’t spread and that they don’t come back. So it will be a very paranoid week every 3 months!

Tell your friends to get checked and to put it in their diary every year. Don’t put it off!