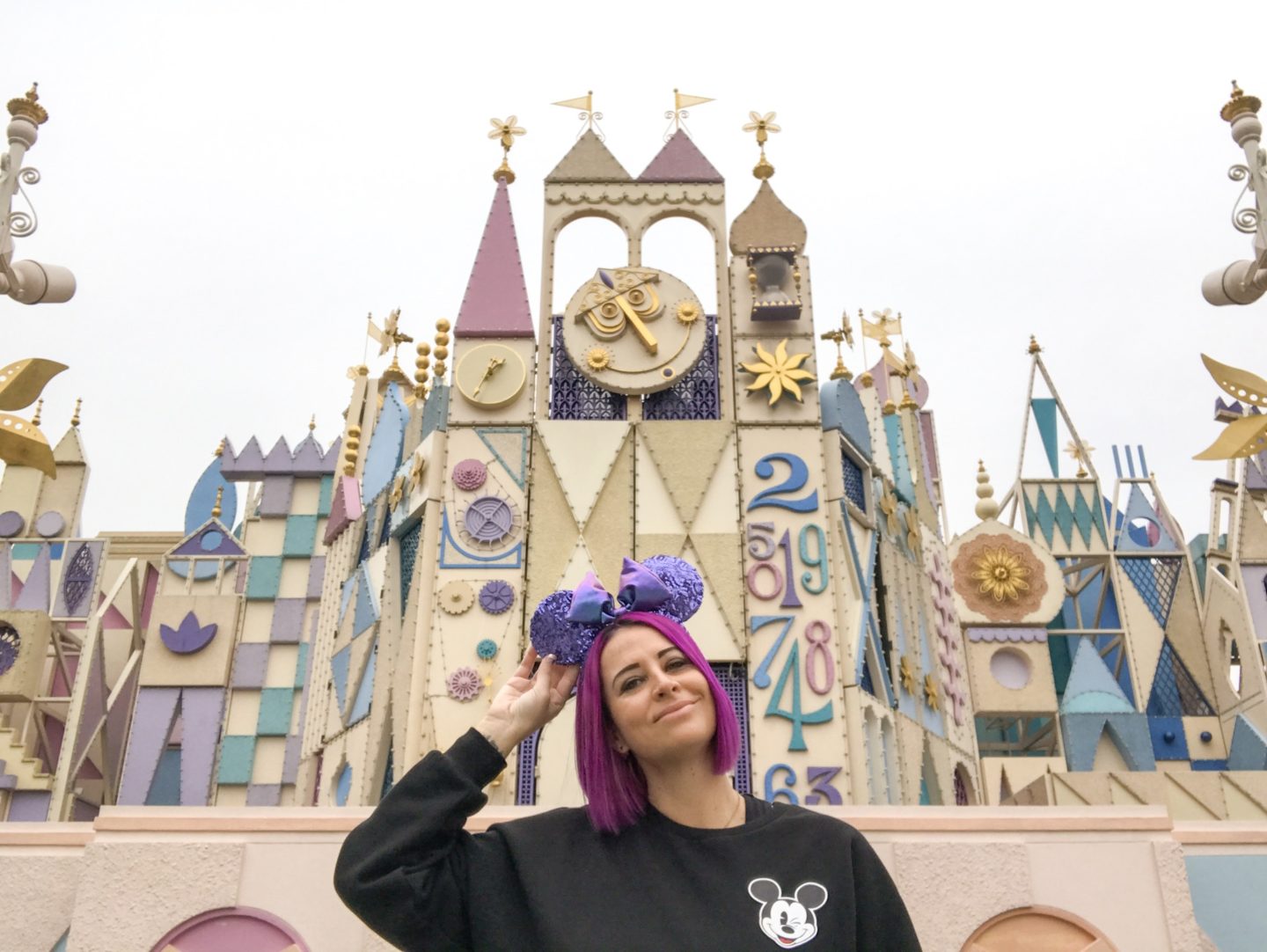 I was in Hong Kong recently and totally forgot there was a Disney there! I actually only remembered 2 days before I went to Disney. It was either go to China for the day but spend over R1000 on a visa, or spend the day in Hong Kong on my own.

It was super easy to navigate by myself. I hopped on the metro from Central, then made a few changes, and went on the Disney line! Yes there is an actual Disney metro line that takes you right there. It is so cute and it is all Disney theme on board. Just seeing this makes you SO excited, like an actual child!

The Hong Kong Disney is obviously MUCH smaller than the LA or Orlando one but it’s still SO magical going! I highly recommend it to everyone who is going to a country that has one, to go because not everyone is going to have the opportunity to go to America.

I bought my tickets online the day before because KKDay website has them cheaper! It said online that it opened at 10:30am so I planned to get there at 10am. When I got there at 10am, there were already queues and queues. So I would recommend getting there an hour before the gates open, because they still let you into the park and you can go to the shops and restaurants, just not the rides. They gather you all in Main Street and then they let you through at 10:30. It’s such a fun build up!

You can see who the rollercoaster lovers are because they literally ran for that section.
I wasn’t really sure where I wanted to go but I knew I wanted to get pics without the masses, so I walked around and found the “It’s a small world” ride. There wasn’t a soul in sight! Mostly because it only opened 30mins later so no one had planned to be there yet. So I took this as my queue! I found a spot and got my mini tripod sorted and started taking some self timer pics. They came out so cute! I really wanted a pic with the Sleeping Beauty castle but they were renovating it so it had massive boards around it. So this had to be my Castle, and to be honest I actually prefer it because the Colours are so me, and everyone takes pics with the castle! So I would highly recommend taking a grip tripod for your phone if you’re doing a solo travel trip, and then heading straight to the quiet spots while everyone else is rushing for the rides! You’re going to stand in queues for the rides regardless, so rather get your crowd-free pics out the way first then go and queue. Then at least you’ll have something to look at while you’re in the queue! If you’re really bored you can even start editing them while you wait.

After I was happy with snaps there I walked around and found another cute area that was super quiet and did some there. Once I was happy that I had all my bucket list pics, I made my way to the rides.

Some of the queues weren’t too bad. I waited anywhere from 10 minutes to 30 minutes. The longer queues I weighed up in my head if I reeeeeeally wanted to, and then I moved on and came back when they were a bit quieter.

I obviously didn’t do the big rollercoasters being pregnant and all, but I got through quite a chunk of the rides!

I did make one HUGE mistake.

I went into the Iron Man building, thinking it would be some info and something mild. And it was, as you walked in. It was all technology and info and quite cool. But then you get herded into a flight simulator!!! Please note that I have bad motion sickness. Oh and couple that with pregnancy, a recipe for disaster?

From the first 30 seconds I could tell I’d made a monumental F Up! Why would I do this to myself? Why would you want to pretend you’re a superhero flying through the air, narrowly missing buildings and going practically vertical? Why? The dad next to me got s nauseas he actually had to take the 3D glasses off! When I saw that I lost it. I was like WE ARE DOOMED! I had to close my eyes because every time I opened them I thought I was going to throw up. Never has my yoga breathing come in handy than that moment! I kept my eyes closed, breathed deeply and prayed that this shitfest they called fun would be over soon. Sweet relief! I felt fine. I walked off, so happy that it was done, only to be met with a tsunami of nausea! My body was like I WILL SHOW YOU! It took everything in me to not throw up. I was walking out, breathing deeply, drinking water and willing it to stay down, because guess what? There was nowhere to even throw up in peace! No bins that would be suitable for that kind of embarrassment. So I just kept on walking, hoping that when I got to the outside, the air would miraculously cure me. Thank goodness I started feeling better! Mostly because I kept apologizing to my body in my head in the hope it would believe me when I said I’ll never do that again!

After that I decided to treat my body to a Mickey Mouse ice cream and a waffle. Why? Because they’re shaped like Mickey Mouse! Also it made me feel better and I needed to eat something so it may as well be cute!

After that I headed back to the Disney metro and made my way back to town. People kept staring at me and I had no idea why, until I realized I was still wearing my purple sequin mouse ears! That’ll do it.

All in all it was such an epic day that I will never forget! I am so glad that I just decided on a whim to go have a solo day doing what I loved. Also glad that H&M happened to have Mickey Mouse tracktops so I could buy one the day before and complete my bucket list Disney look!

So if this is something you want to do when you’re on holiday, even if those around you don’t want to join you, DO IT! Do you and do it proudly. You won’t regret it.

Who else is a Disney fan?  Would you do a solo Disney trip?