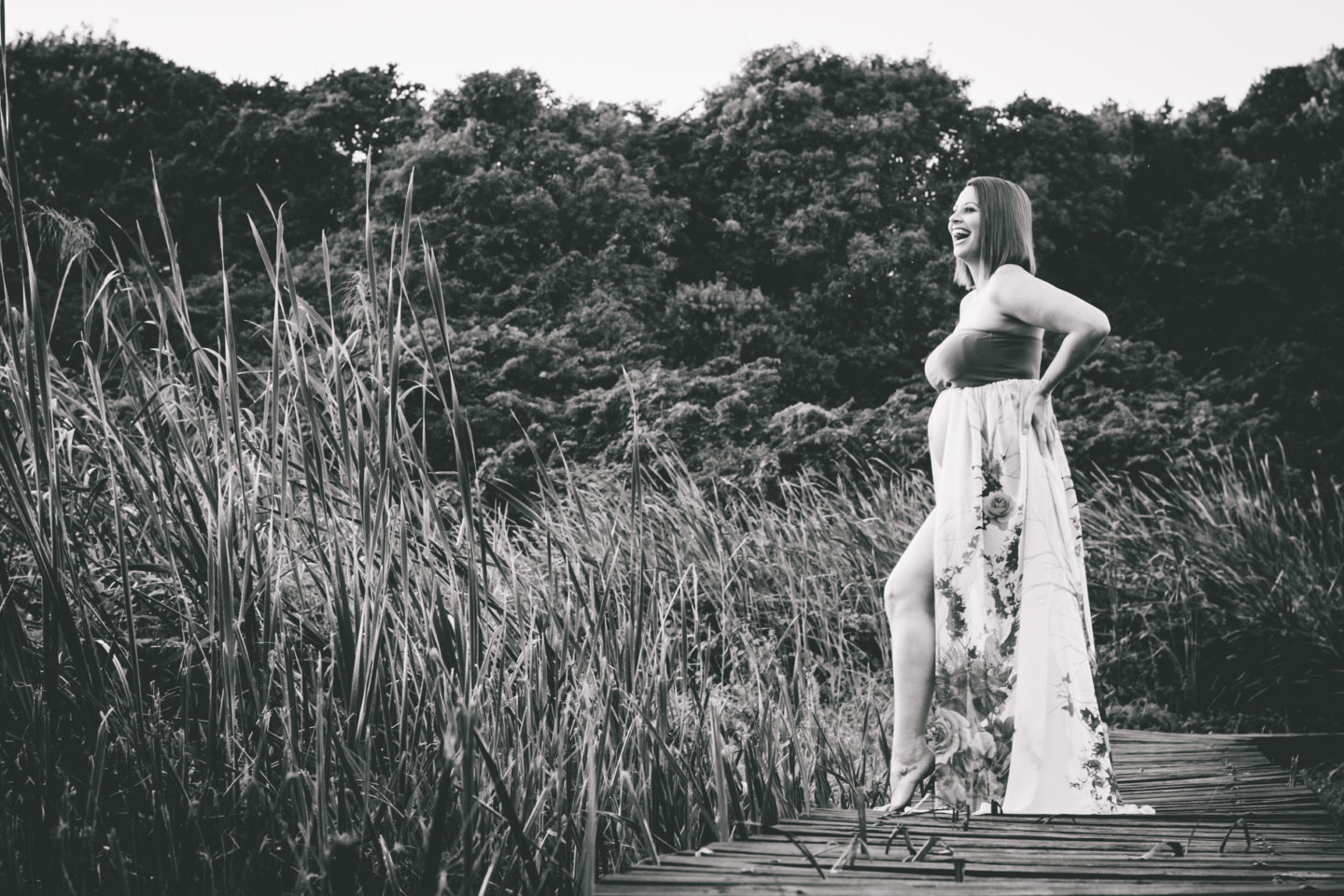 I have had some pregnancy guilt, because there are so many people struggling, and I haven’t been excited. Pregnancy is not easy! I have been very honest on social media, because that is just who I am and I’m not going to pretend my experience is something it is not, because that is not who I am. So if you are struggling, and reading what I have not enjoyed (most of it) then rather click away right now, because I am here for those that need to hear this!

Pregnancy is not glam. It’s all stretching in places you never expect, it’s sweating, it’s not sleeping, it’s stressing, it’s giving up things, it’s being kicked in places you’d rather not be kicked, it’s feeling a heavy bowling ball weighing down inside your pelvis squashing every organ with it. Not really, but you felt that right? It is pain with every step (more on that in a bit).

But pregnancy is so beautiful!

So yes, pregnancy is not easy or glam. Or fun. Sure some people say they love it, I’m still skeptical. Maybe they forgot what it was really like? Because I couldn’t complain much, because essentially I had it a lot easier than most, but I still didn’t enjoy it. It may have had something to do with how strong and fit I was before, which I continued on the whole time along with my usual positive attitude, or I was just blessed. Who knows! But being fit and active definitely plays a part.

I never had any morning sickness, gained a healthy amount of weight and essentially carried very neatly. I was surprised as well, I honestly envisioned Kim Kardashian circa pregnancy one in THAT dress. I have a booty (proudly) so I really thought I would “spread” but I did work super hard not to put on a lot of weight. The more you put on, the harder it is to lose it afterwards so staying active during pregnancy is a non negotiable for me. It was happening! You’re also not “eating for two” as people say. You’re eating roughly 300cal extra a day. So for me that was an extra piece of rye toast and another fruit. Of course I was having more “treats” than usual, but not every day. Instead of once a week I would have maybe 3 times a week. For me it was all about maintaining what I’d already worked hard to create. I wanted to be fit and strong throughout. I wanted to put on as little as possible. 10-12kgs was my goal. I want to recover quicker after. So I showed myself as much love as I could, along with the self respect I’ve built up over the last two years especially and I gave myself that gift.

Many women medically can’t train and I get that. But your eating is always there to help you more than the training, so if you can’t exercise then tighten up your eating and don’t look at this as a time to YOLO because it will make your life much harder after.

My goal was 10-12kgs and I was on track until the pain of diastasis of the pubic symphysis. Apparently it affects 1 in 300, so yay me! It’s basically a separation of your pelvic bone. It’s really sore and feels like your pelvic area is separating (it is) and is permanently inflamed. I described it to a friend as feeling like someone kicked you hard underneath with a steel capped safety boot and cracked the pelvic bone. Then it feels like your body is trying to unzip itself in half 😂 Glorious right? The worst part is I miss my treadmill walks. I was enjoying my walks and being active. So I have definitely put on a few extra kgs I wouldn’t have if this didn’t happen. Luckily I have stayed within my goal, with 11.3kgs. It would definitely be closer to 10kgs if I was still able to walk 5 days a week this whole month. But I listened to my body because I didn’t want to walk and then separate it more and have to deal with that after. I’m more worried about after now, and I’ll go see a chiro and pelvic physio to start the repairing process so I’m not sitting a year down the line with pain and separation.

I am SO excited to get back to walking and training. Look, I’m scared shitless for having a baby and not having as much time for myself but for me fitness and health is a non negotiable. It’s who I am. It’s for me and I plan to put myself first. A happy mom is a happy baby is a happy family. So I want 30mins a day to walk or train because that’s what I need. As a self love coach there is no way I could not put myself first. I know it’s the key, and I can’t not practice what I preach! So as soon as I have doctors clearance I’ll be hitting the treadmill, or the promenade, depending on the mood! Luckily I also have exercise bands and those don’t make a noise so hello nursery workout!

But I have never had anxiety before?!

I am still struggling with the anxiety I developed from about 4 months. I spoke about it on Instagram if you missed it. I still get it now and wish I didn’t because it feels like it has impacted part of the journey. There’s nothing worse than being uncomfortable in your own skin! Luckily I had my kinesiologist figure out what it was stemming from and it really makes sense. I don’t have control of my body, I can only control what I eat and how I exercise, but right now I can’t even control the exercise because it is out of my hands now too! So I had had anxiety about having a stomach. Not because I think I look terrible, I look amazing! I know I look amazing and I am damn proud of myself for putting in the work to look amazing pregnant. I didn’t just sit on the couch eating ice cream every day and not being active, I didn’t use the “eating for two” as an excuse, I exercised when I was tired and didn’t want to and I ate a balanced diet like before. So no, I don’t need advice that I will “lose the weight quickly”, it is not about how I LOOK, it is about how this makes me FEEL. The feeling of looking down or feeling a stomach I have never had before, and perhaps subconsciously knowing that everything is going to change and I’m not ready for that. Or that I have no idea what I’m doing and I don’t like surprises as it is, and this whole thing is like writing an exam that you can’t study for! My literal nightmare! I like to study and be the studious one who is efficient and prepared.

So I would, and still get, anxious randomly through the day when I looked down or someone saw me and would ask questions, and it made me want to go lie down and sleep so I wouldn’t have to think about it. Of course I didn’t do that because I have to work, but a nice thought! So I have mostly felt self conscious in the strangest way, which has been down to not having control of my body and also being in denial a bit and not talking about it as much. Most women want to talk about pregnancy non stop, so I’m sure it has been weird for people that I haven’t wanted to talk all the time or share on social media, but I am also quite private about my personal life.

Being asked daily by people, mostly that I’m not really good friends with in real life (who are the only ones who should feel like they deserve to know the answer), if I’m having natural, who is my gynae, am I going to breastfeed and a whole host of other invasive questions, has really just shocked me as well. I don’t even ask my friends those questions, because they’re personal! I have been told that people are just taking interest, but I disagree. People are just making conversation and mostly they are nosey.

I don’t want to know what my friends are thinking of doing, because its their vajayjay and I don’t want to know about it! I think people in general need to have a bit more tact, and be more self aware, so they realise what in life is invasive. How do you feel when people keep asking when you’re getting married? When you’re having a baby? It was annoying and invasive as hell right? Especially considering you could have had a miscarriage the day before. So this is as invasive as that for some people, or should be for all. Unless someone tells you, without you asking, what their birth plan etc is, just don’t ask!

So that is my experience. Real and honest. I’m not excited yet because I have a fear of the unknown and literally don’t know what the eff I am doing. Now the stress comes with how to operate this little thing, because it doesn’t exactly come with a manual! So here’s to hoping my instincts kick in and my chilled attitude works in my favour. Luckily I have 4 friends that I have been chatting to a lot and I have their advice in my head and numbers on speed dial. They’re the ones I want guiding me through, so I have set that from the beginning. Choose who you want advice from and all the 100’s of other unsolicited opinions and advice can go in one ear and out the other. DO YOU!

So on that note, I am excited to have my body to myself, with no painful tumble turns and kicks that make me groan out loud with the pain. Either this chick is going to be a hell of a swimmer or a soccer player! I think those that tell me I’ll miss that feeling, had a ballerina in their stomach because for me it feels like an alien and weird and brutal!

So if anyone is still reading and not offended yet, (shocker), thank you for coming to my pregnancy guilt TedTalk! This is my journey so you really can’t tell me I am wrong or get triggered as I am speaking the literal truth. I hope you all have beautiful, glowing pregnancies and don’t have pain and anxiety like I do.

Did you have any pregnancy guilt?

Outfits by Designs by Trish

Unselfishly Me Ep 4 – A Happy life with Gord Reid