Next up on the adventure of dreams was Zakynthos

Heading to Zakynthos from Oia and a bucket list Greece trip already, I didn’t know what to expect of this little town.

Having to basically try sleep in the airport for 5hrs was going to be a challenge as well. This security conscious South African couldn’t quite come to terms with that, so I hooked my bag under me and the straps around my arms and tried to sleep. We all know that didn’t really work! Luckily Kim and Cath arrived and then our flight was leaving. 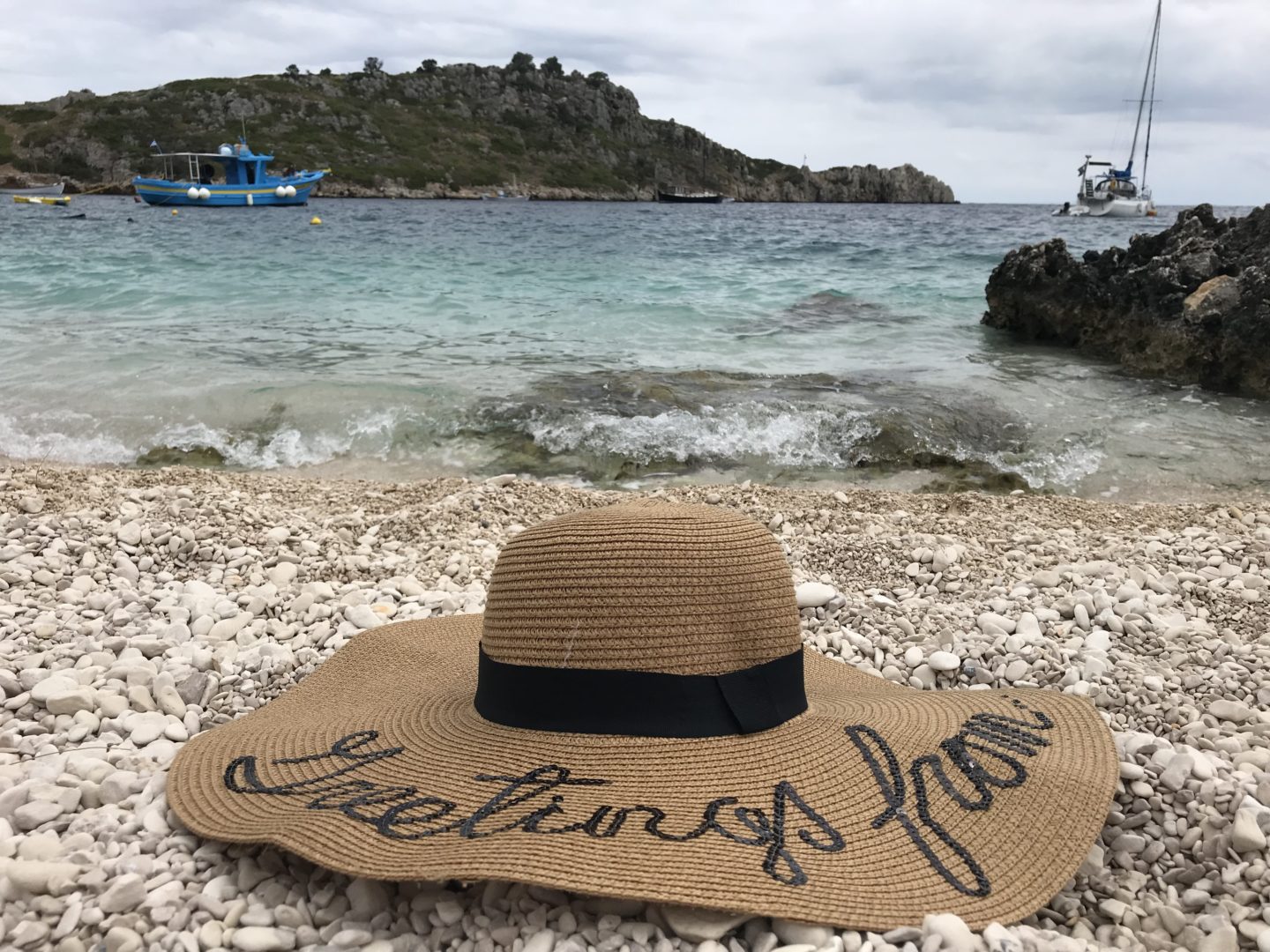 I had never done a retreat and this was going to be the most yoga I had done in a row ever! That was part of why I wanted to go. I wanted to really get into yoga properly and I thought this would almost force me. I also only said yes because my friend Tash was leading the retreat. It was the strangest thing because I’ve always wanted to go to Greece, but I don’t think I would’ve ever gone this soon if it hadn’t been for her announcing this retreat! The timing was perfect because I learnt so much about myself, and other people from being on a retreat. It’s a really great learning and growing experience for everyone. 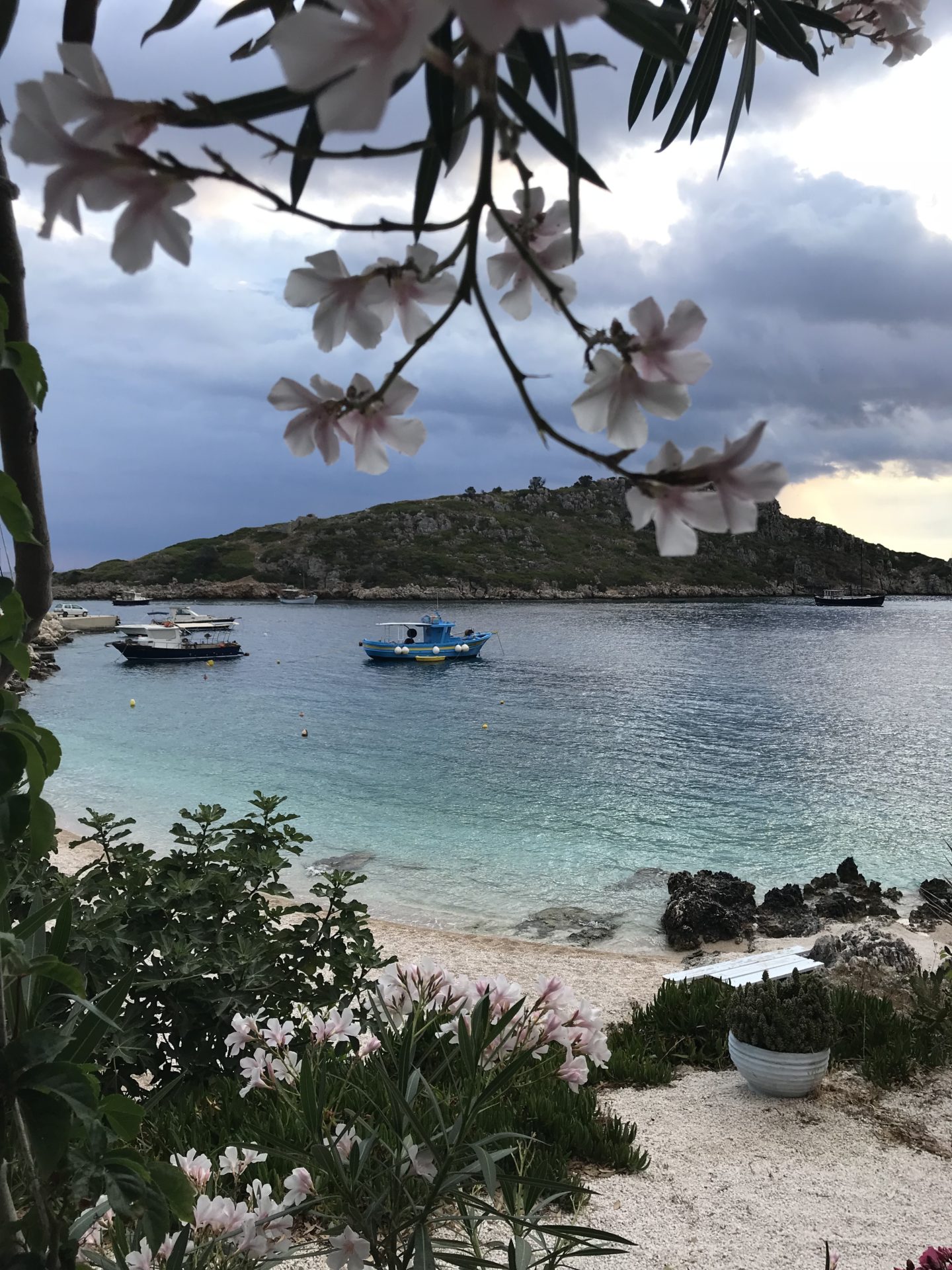 Zakynthos is known as a party island, except we were on the otttttther side in a little fishing village called St Nicholas Port, luckily. It was quaint and quiet and perfect for a retreat! 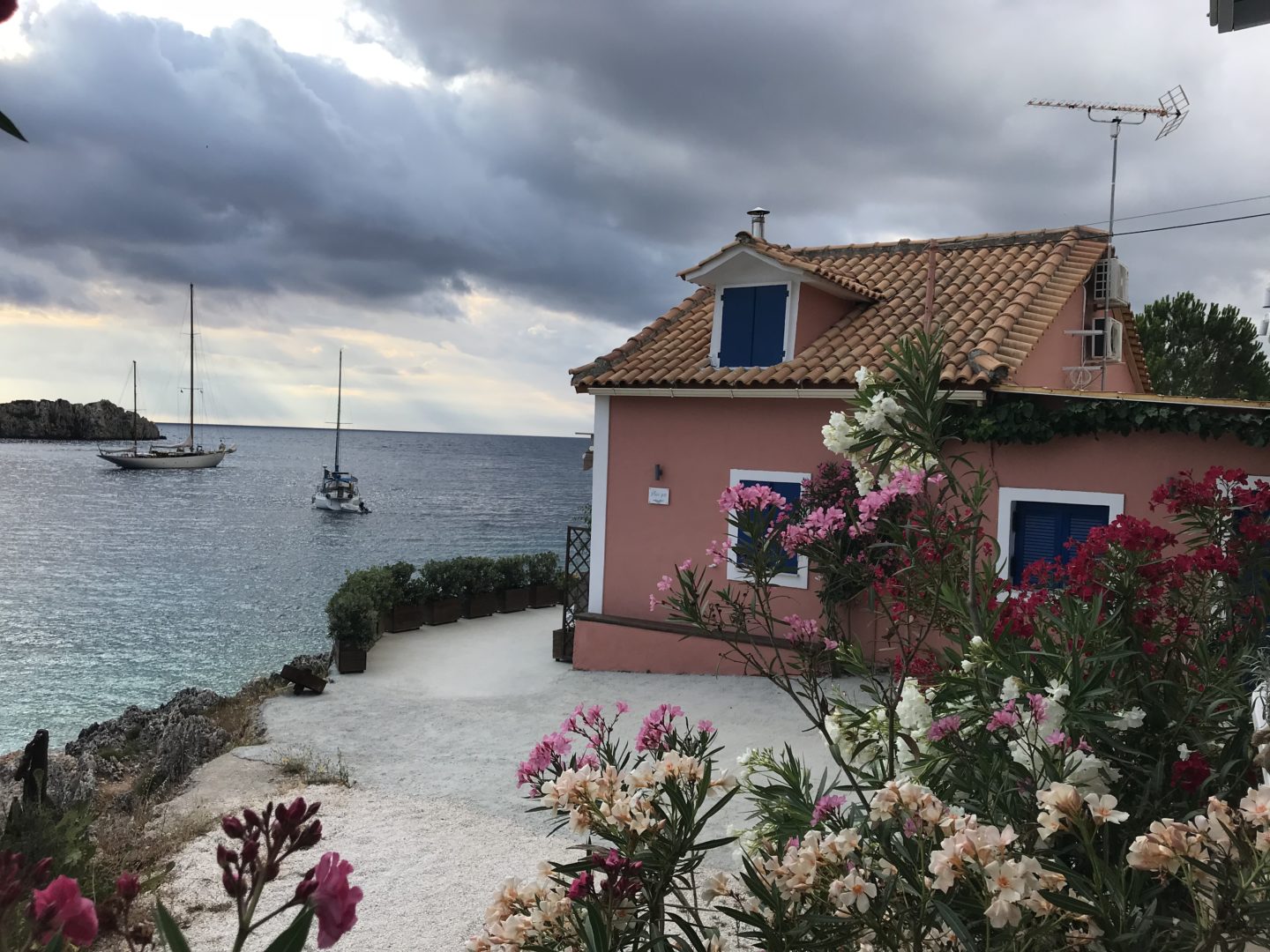 We were staying in the cutest seaside house that we could literally walk out of and into the sea. It was so perfect. Even though it was Summer in Greece we had the craziest weather! There were hectic storms and it rained for pretty much the first 3-4 days at the beginning. People were saying they had never experienced that in Summer before! We moved all our yoga sessions inside our lounge and it was actually nice and cosy.

The strangest thing happened each day, every time we were doing a certain chakra, the sounds outside of nature was the exact same frequency of that sound!

Thunder/Birds/Wind etc was the same as the chakra we were doing that day. It was uncanny! We just laughed every time Tash told us. 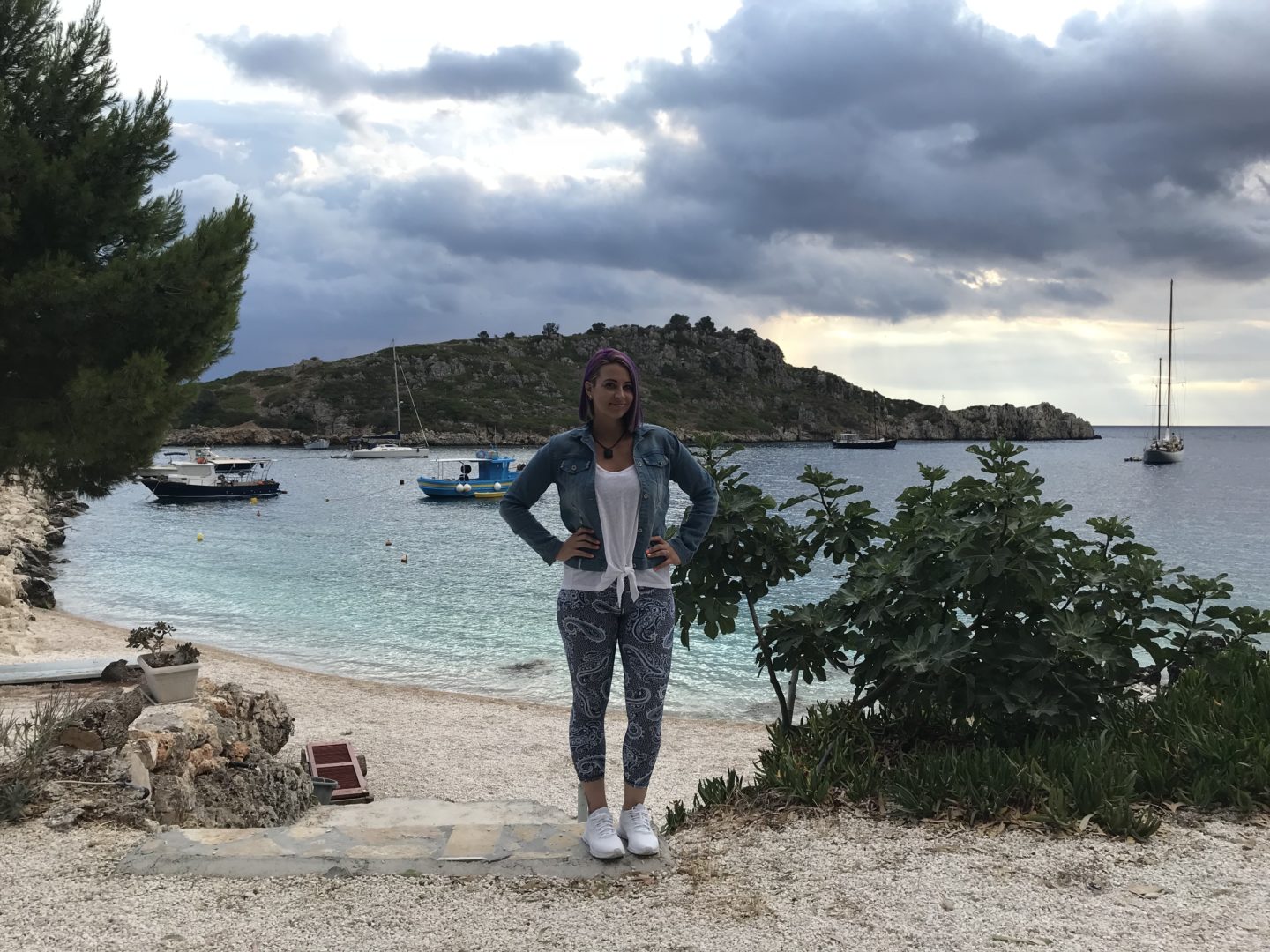 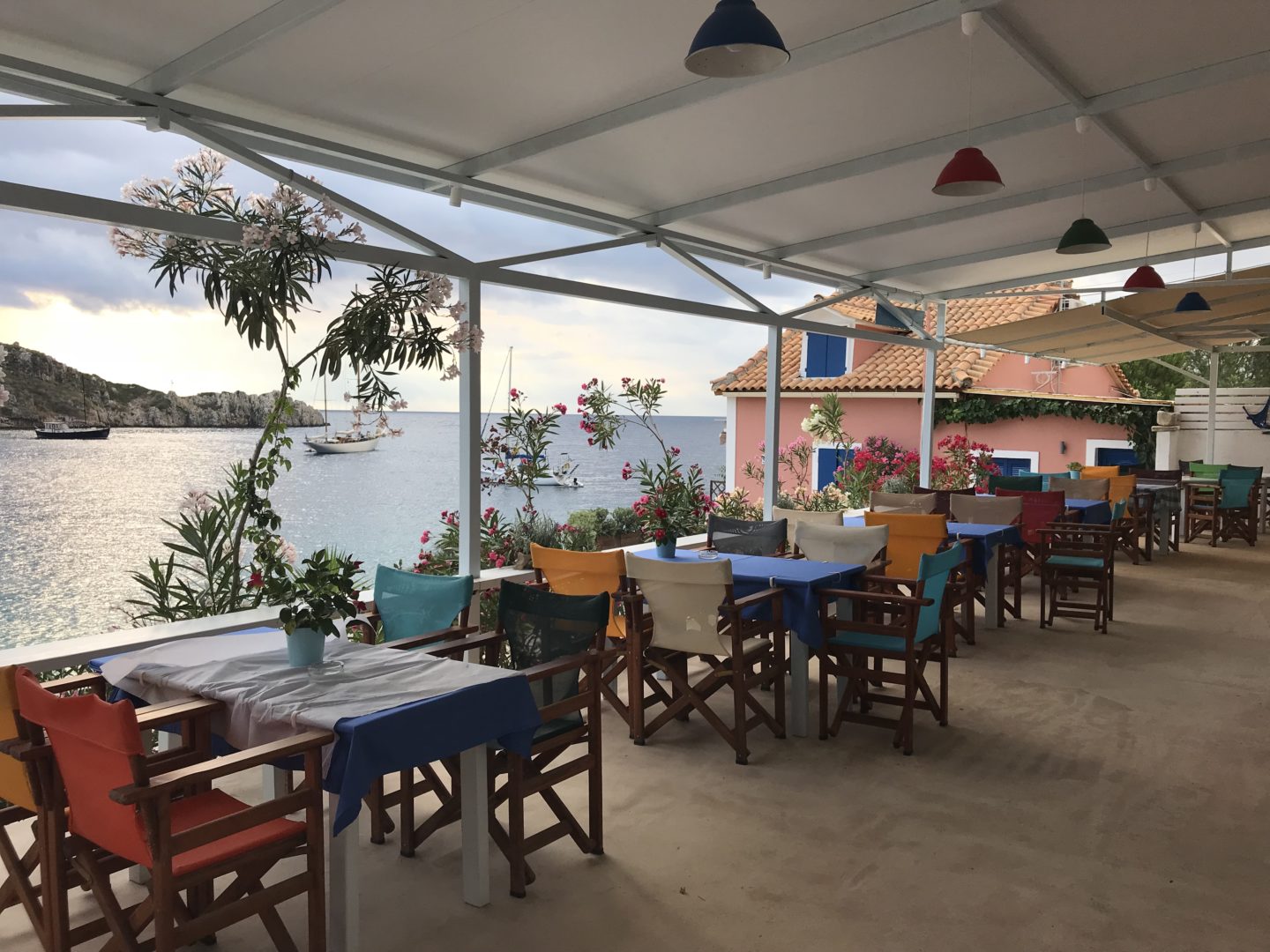 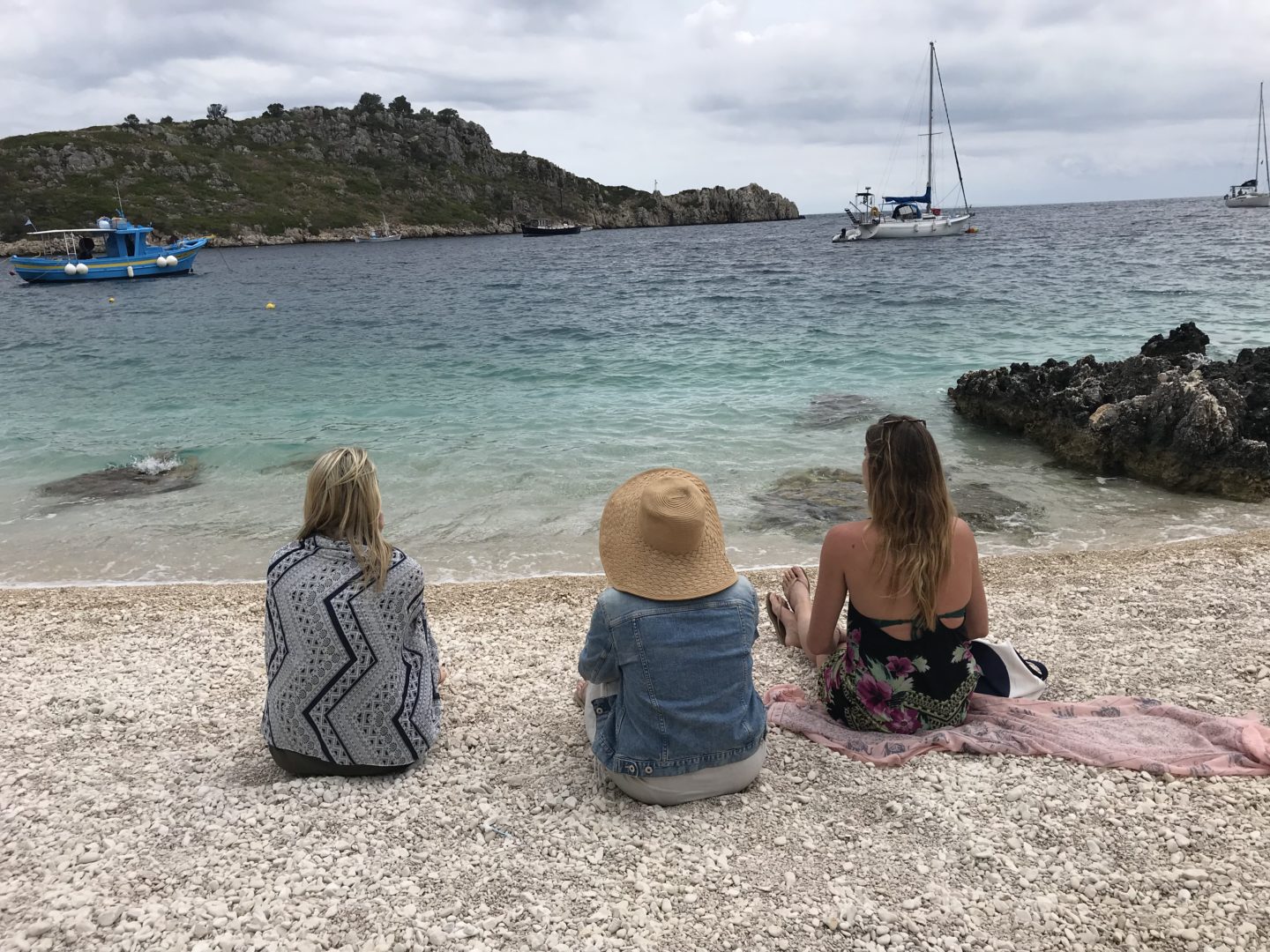 I thought that the yoga might be a bit much for me doing twice a day, but I managed really well and really enjoyed the experience! Tash structured it in such a way that it was all part of the process and flowed so nicely together. It was the right amount of learning, yoga and exploring as well. 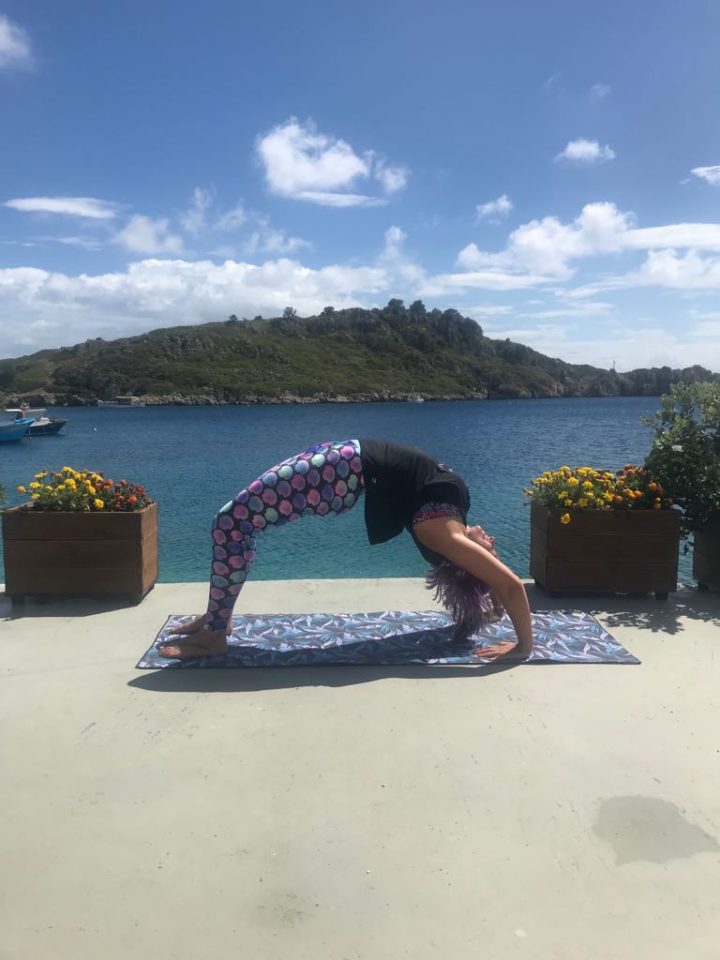 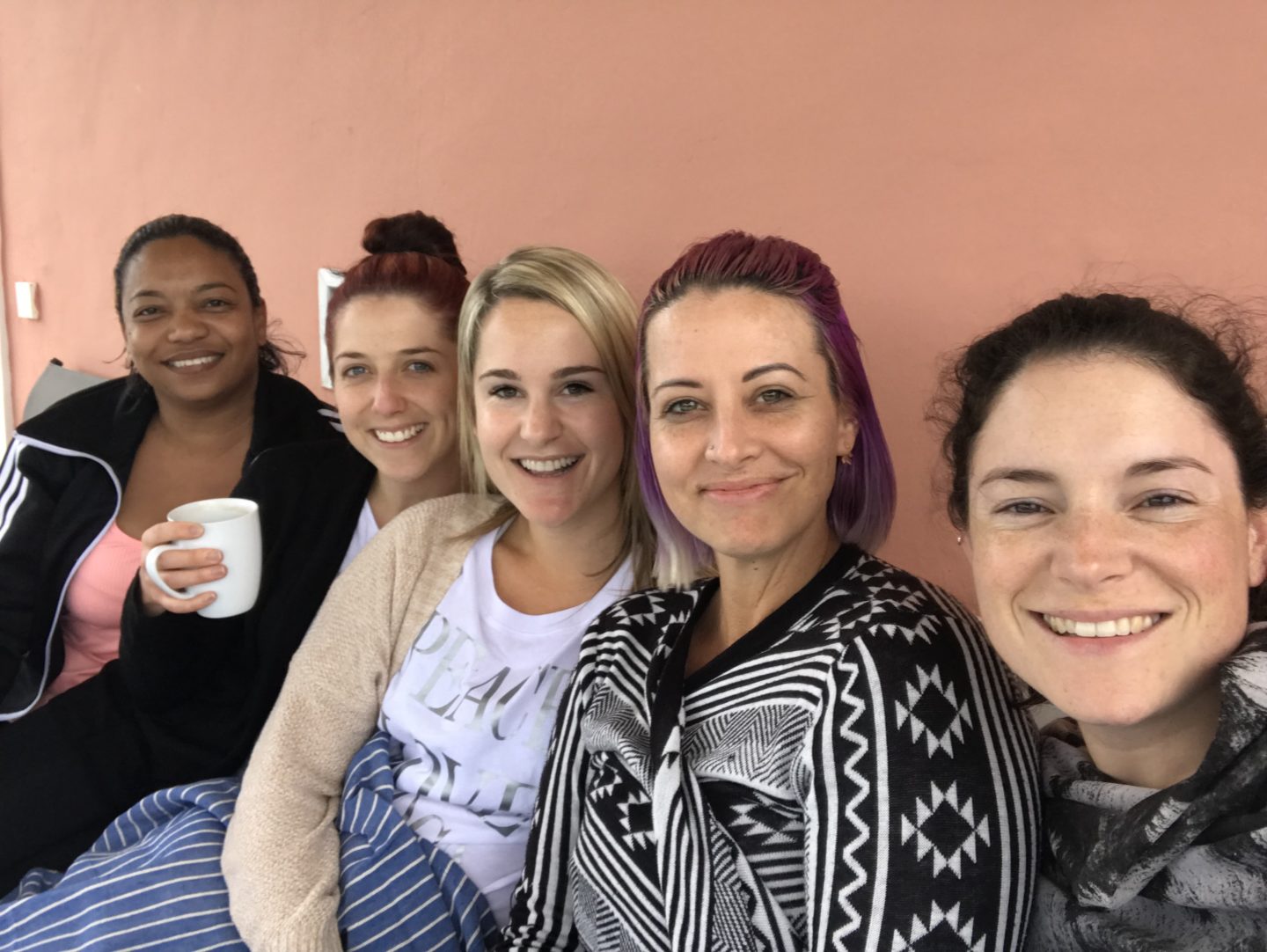 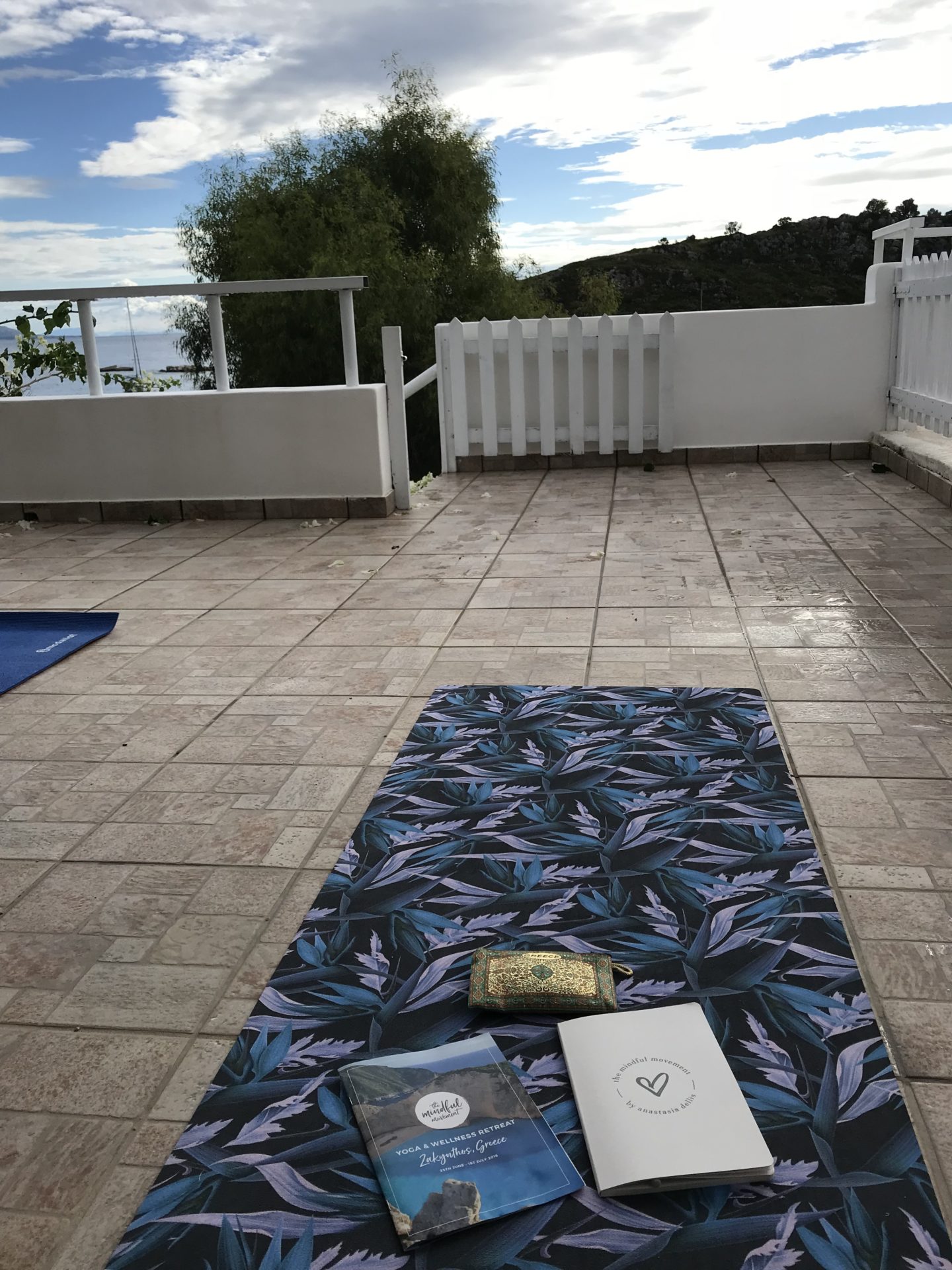 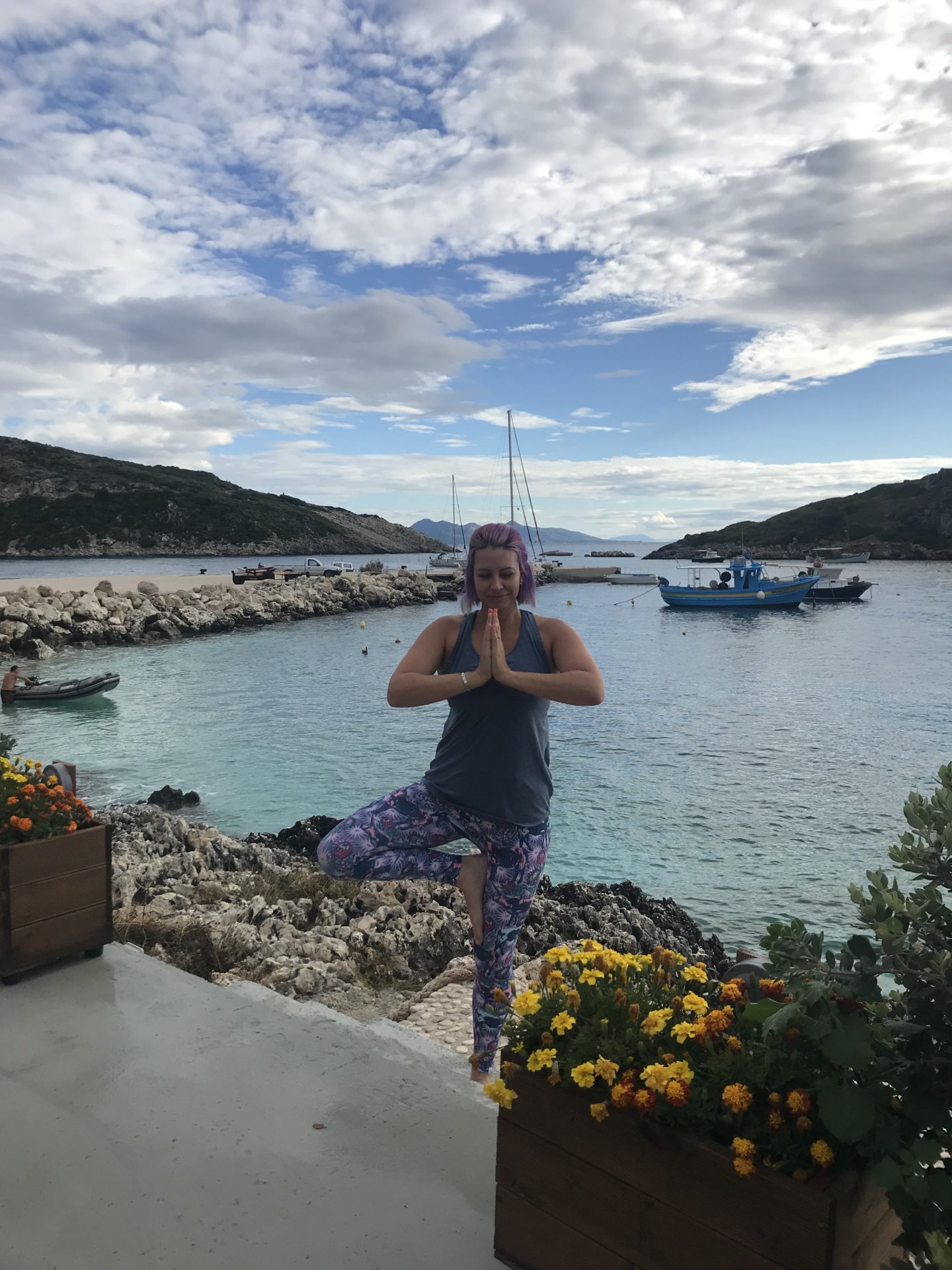 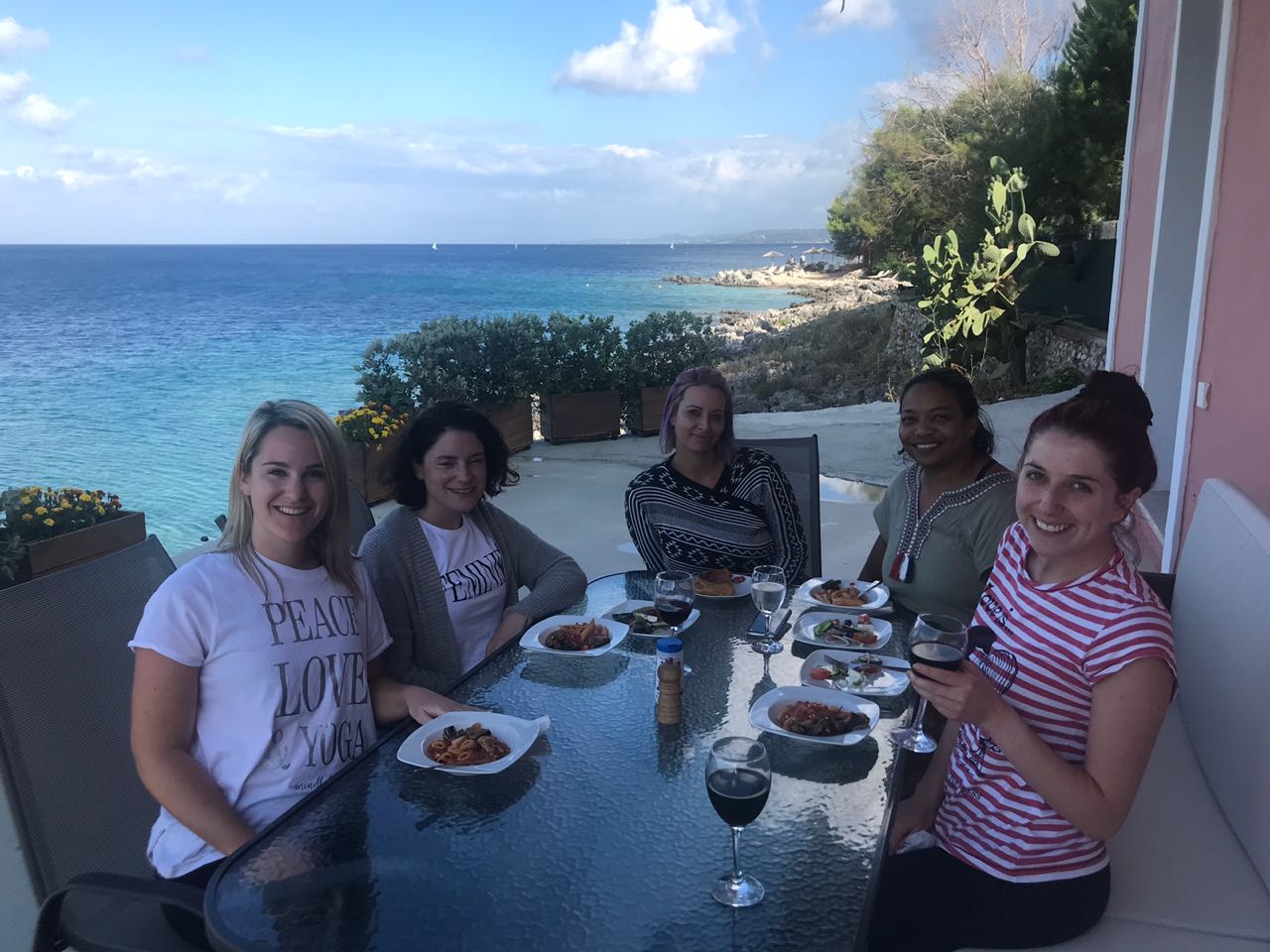 Zakynthos would be nice to explore as a whole island, with maybe one or two nights in this little seaside town if you’re looking for some peace and quiet and to visit Shipwreck beach. Most people come there on a bus and take a boat trip to Shipwreck beach and the caves, so if you spend a night there you’ll be ready for that! 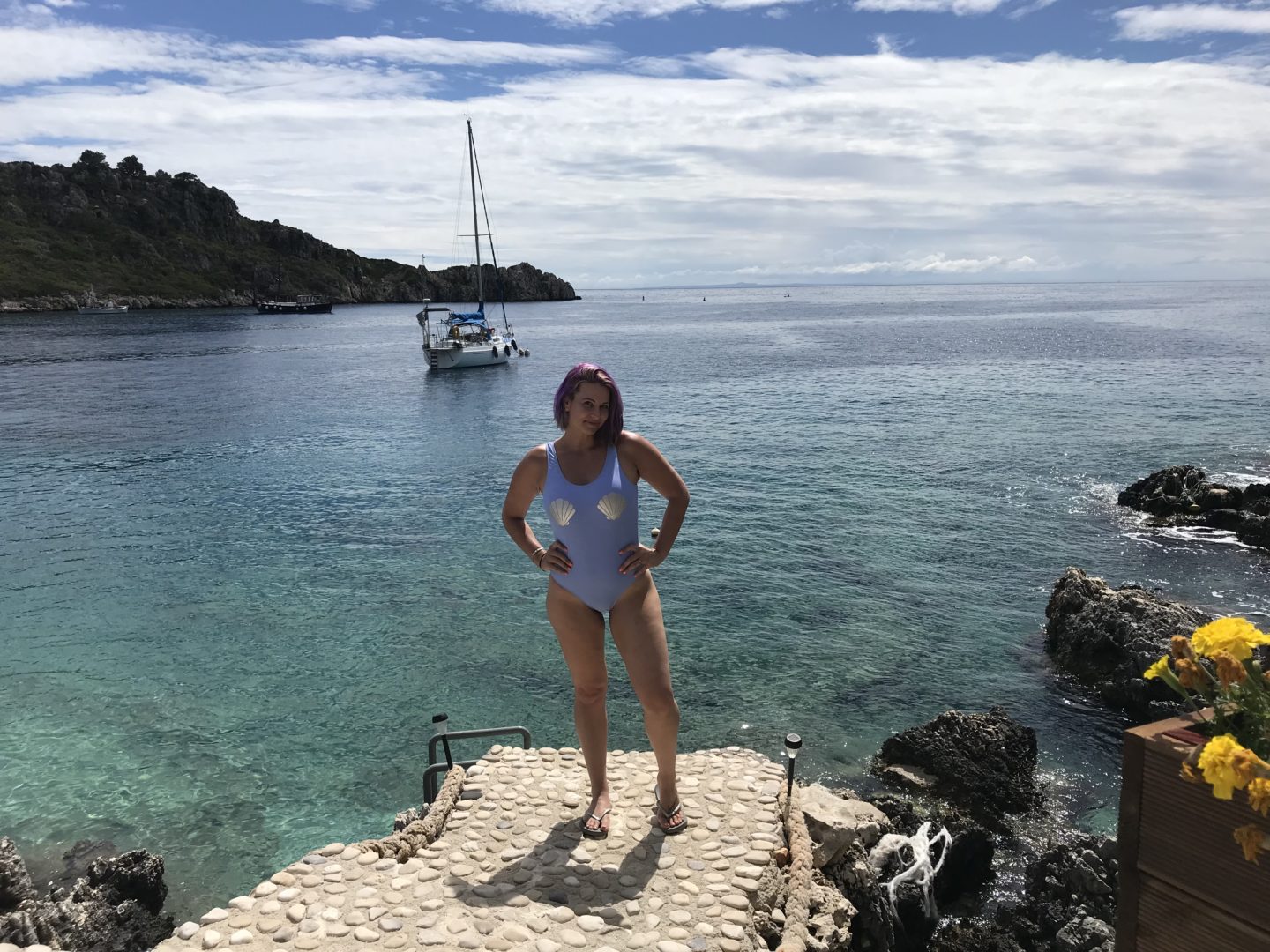 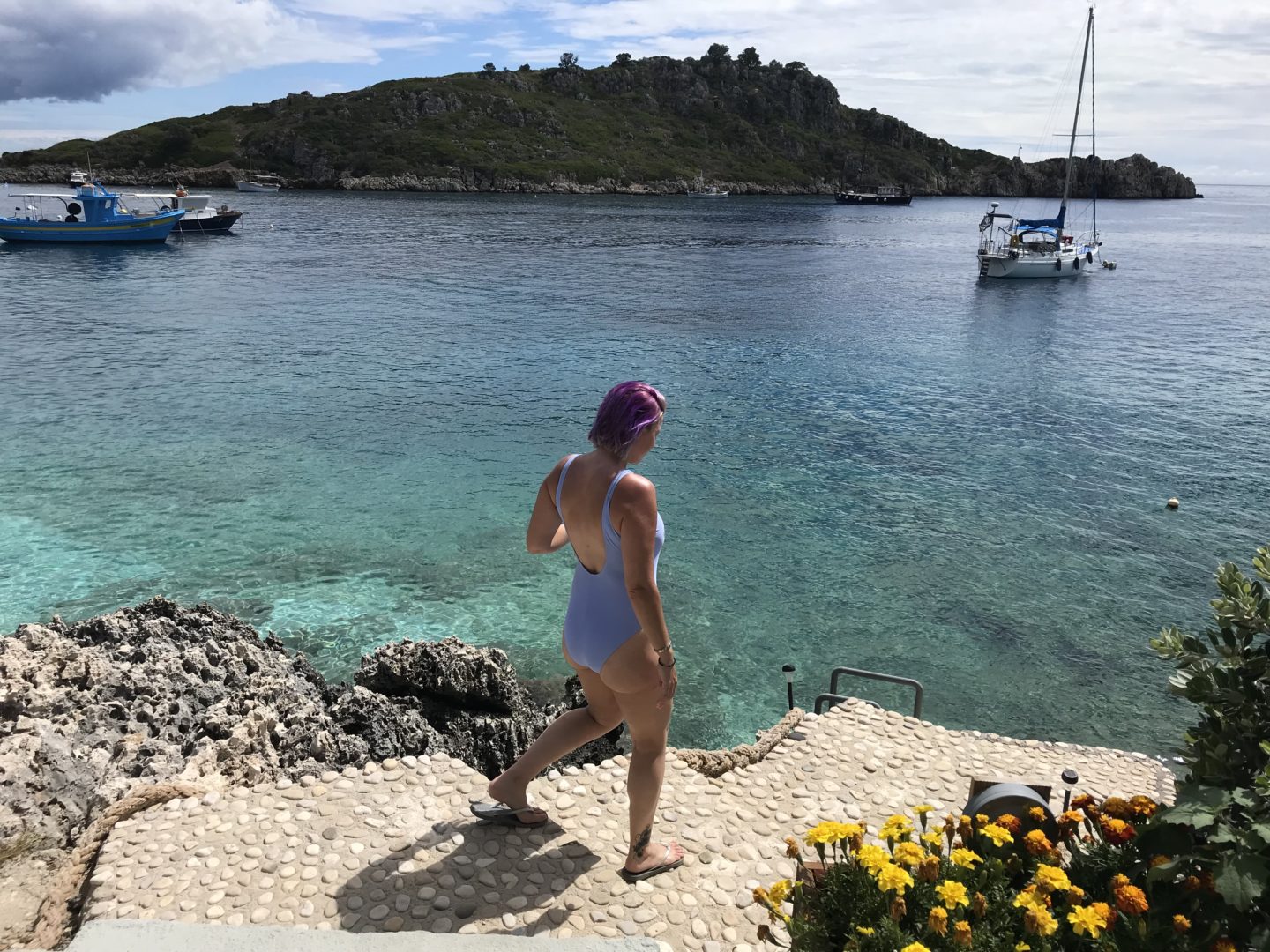 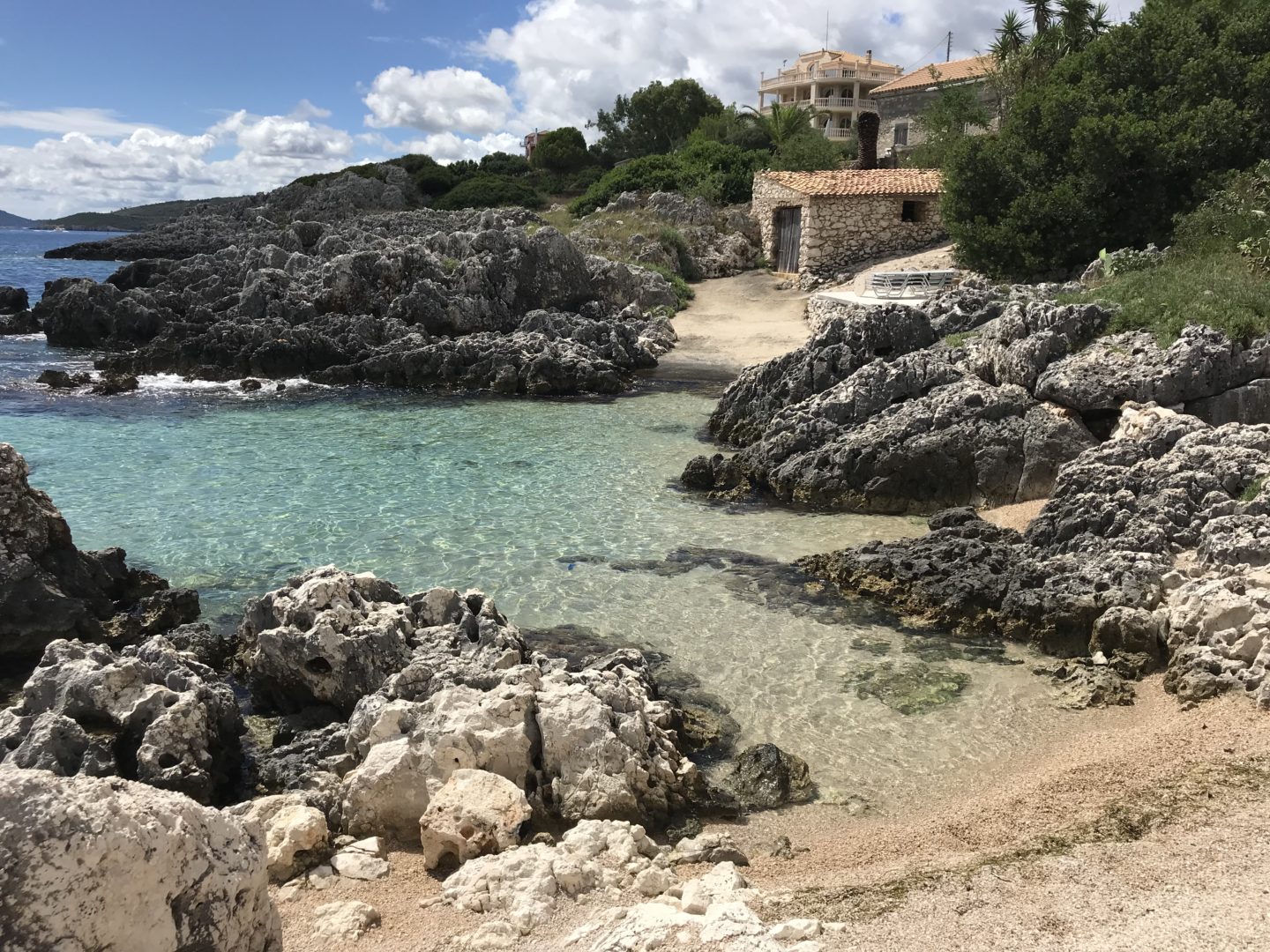 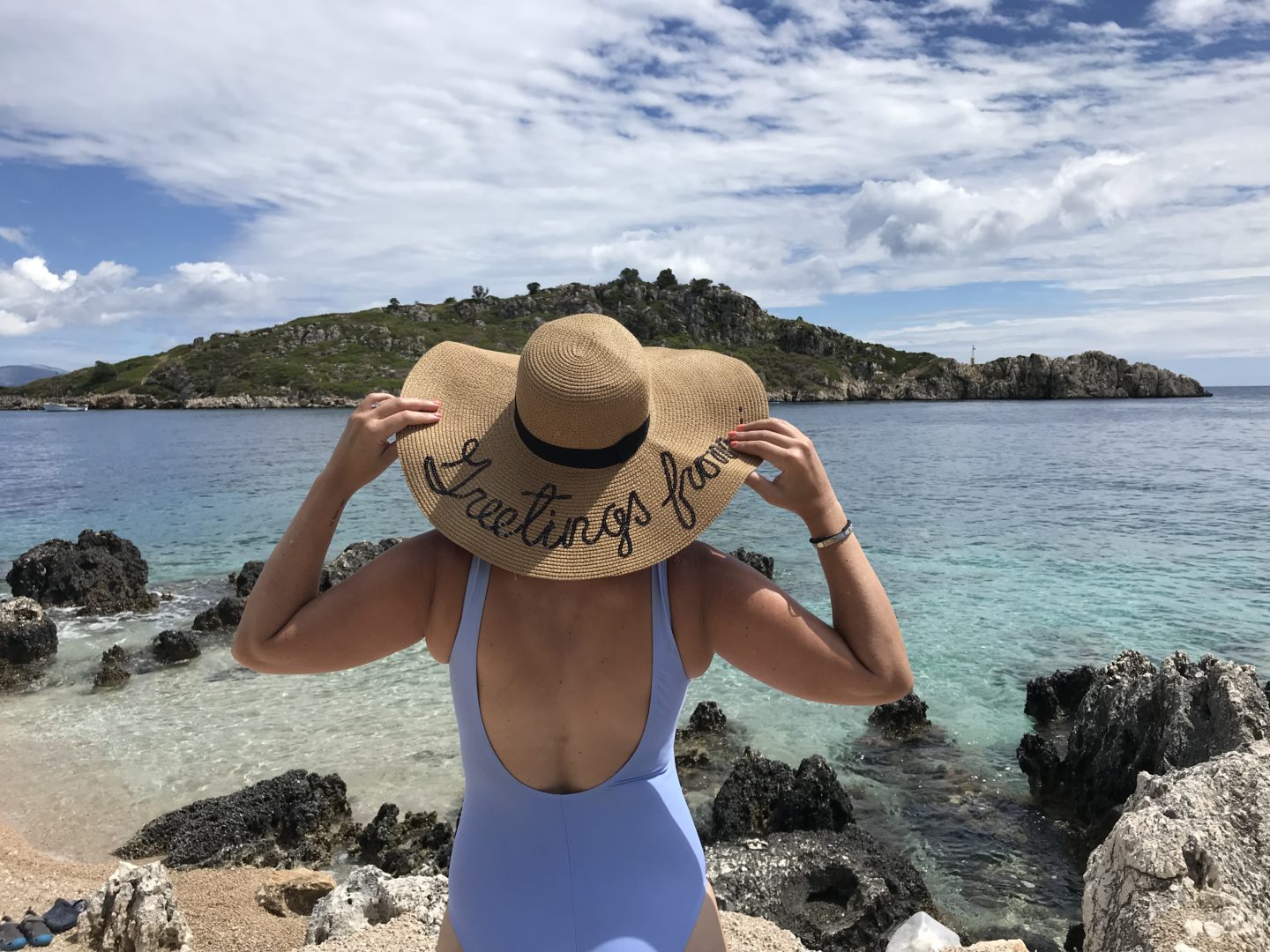 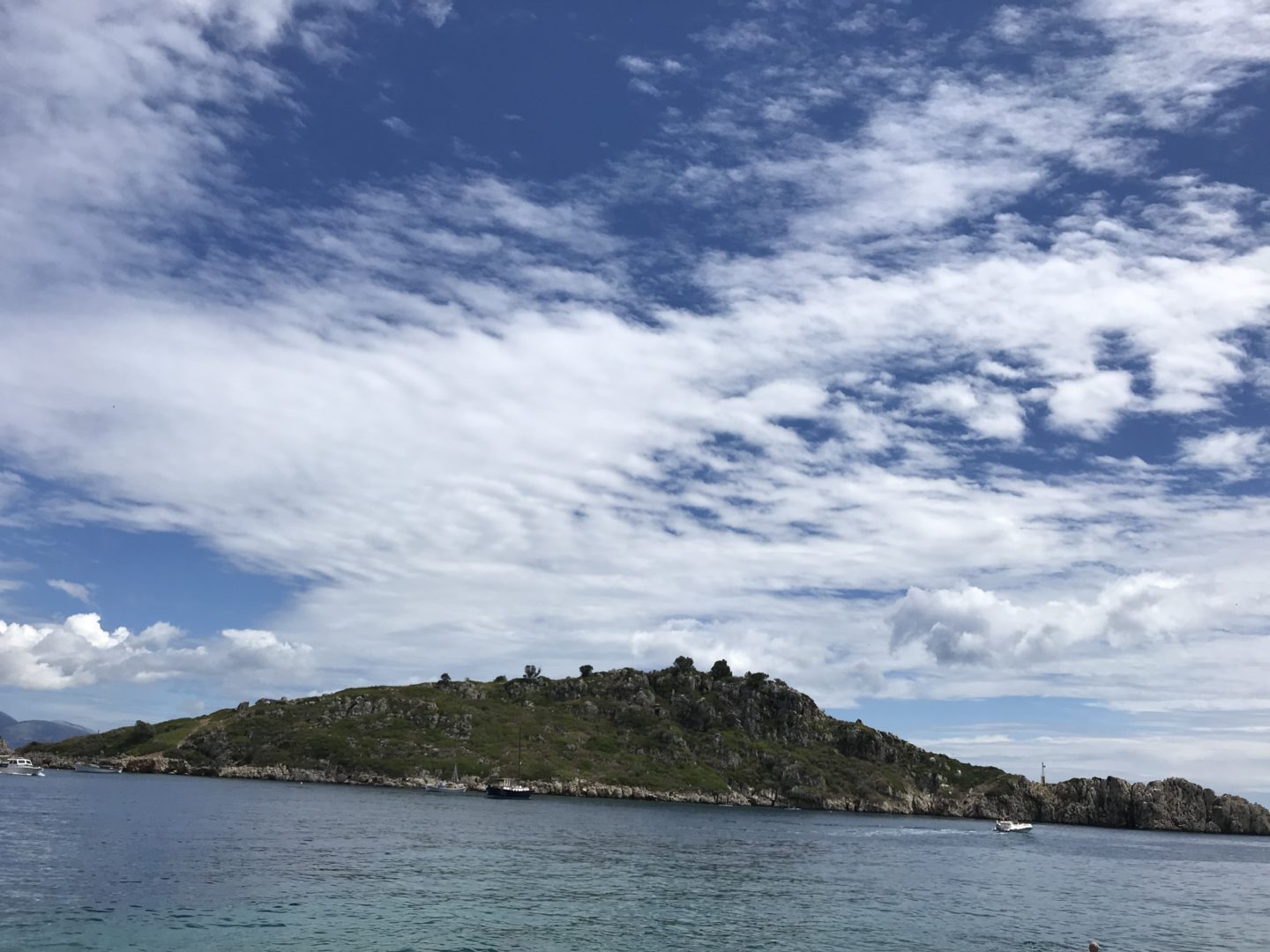 Obviously it was perfect for a retreat, but the other side would probably be better for night life if that’s what you’re looking for!

We had an amazing day trip to shipwreck beach, the caves and sulphur beach. Yes, the beach literally smells like sulphur! It is so good for your skin apparently, so we went in for some rejuvenation. They tell you to wear an old costume because it can change the colour, and this was proof with my hair! It started washing out like crazy, it was hilarious. 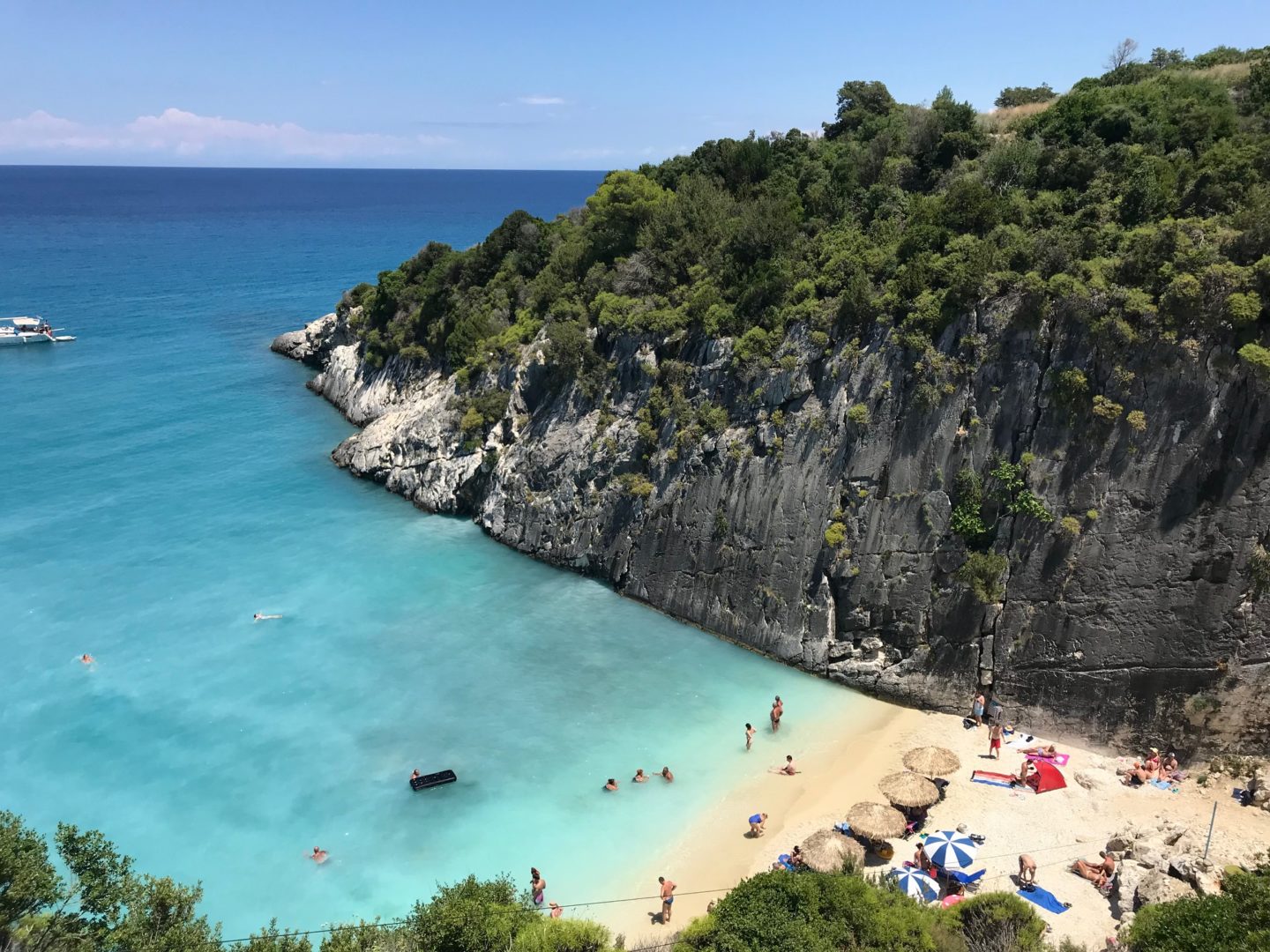 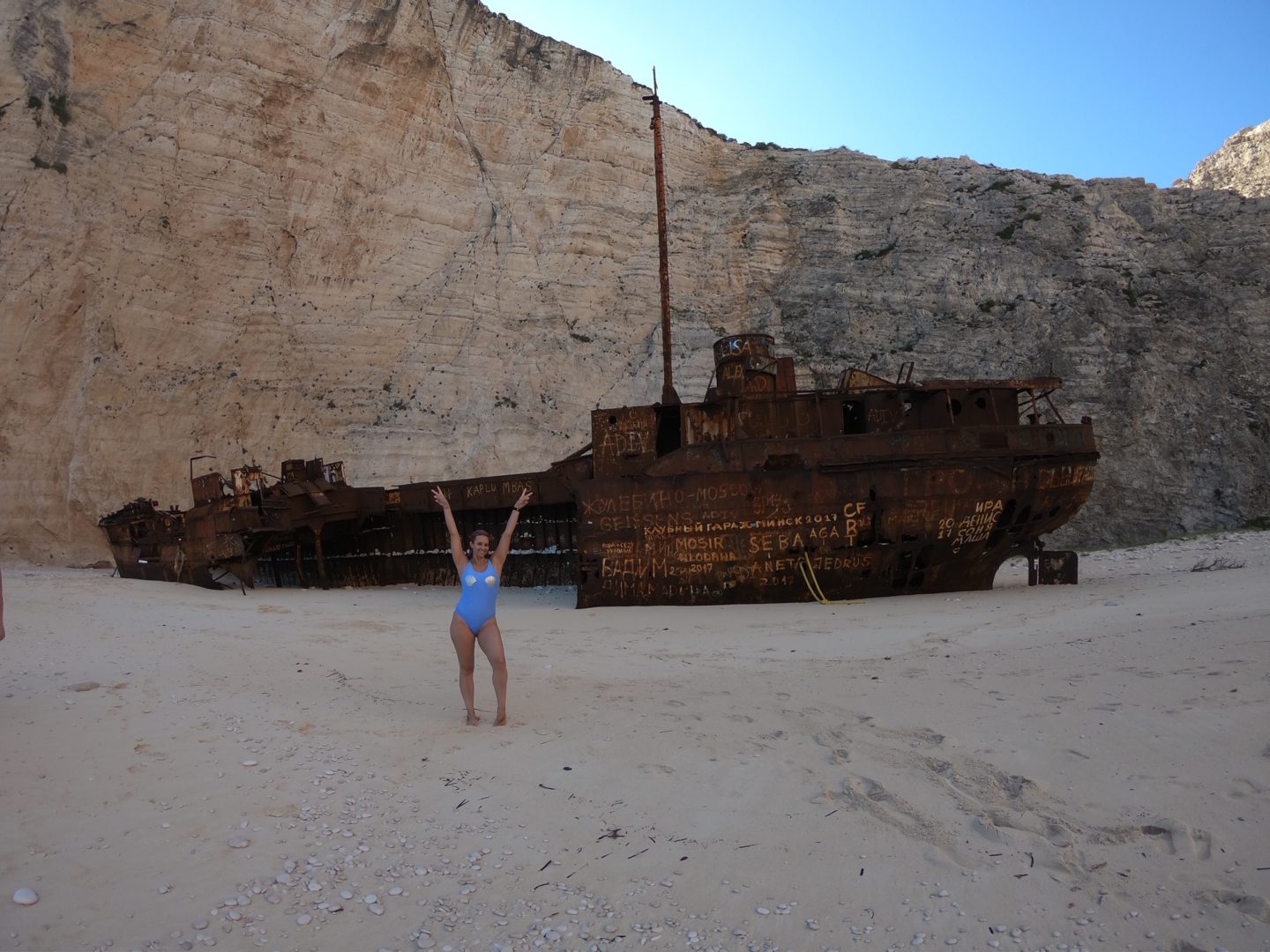 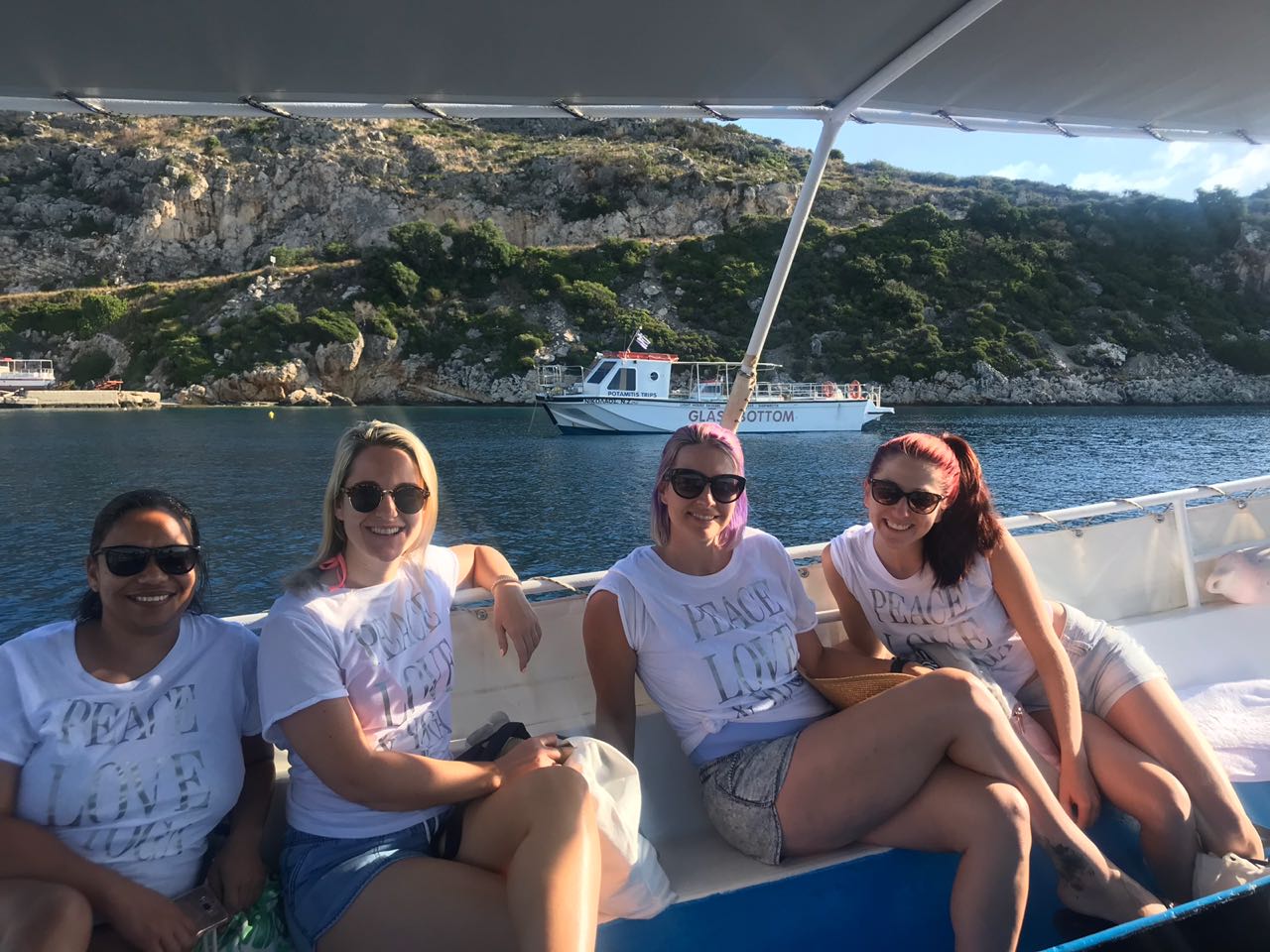 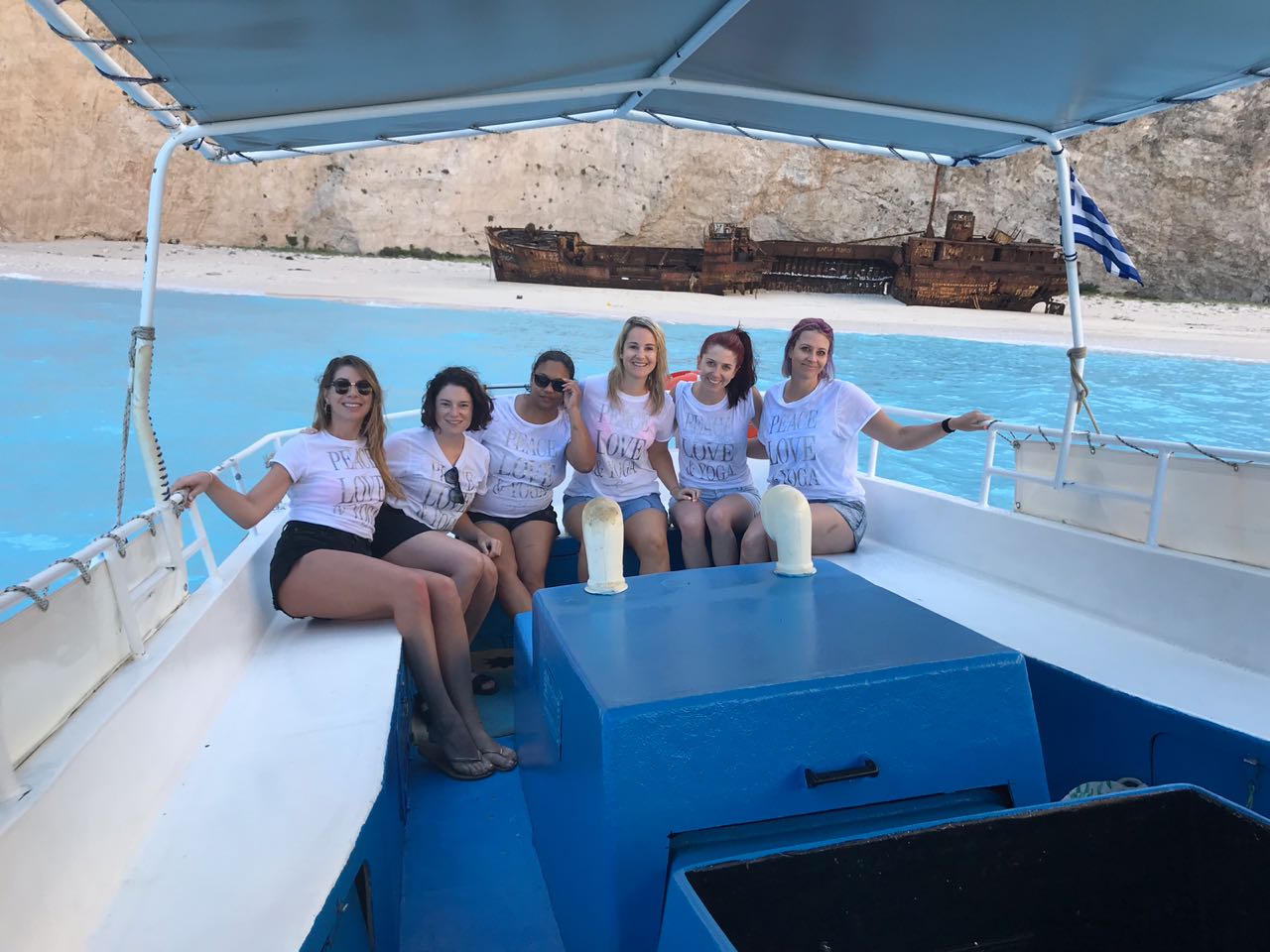 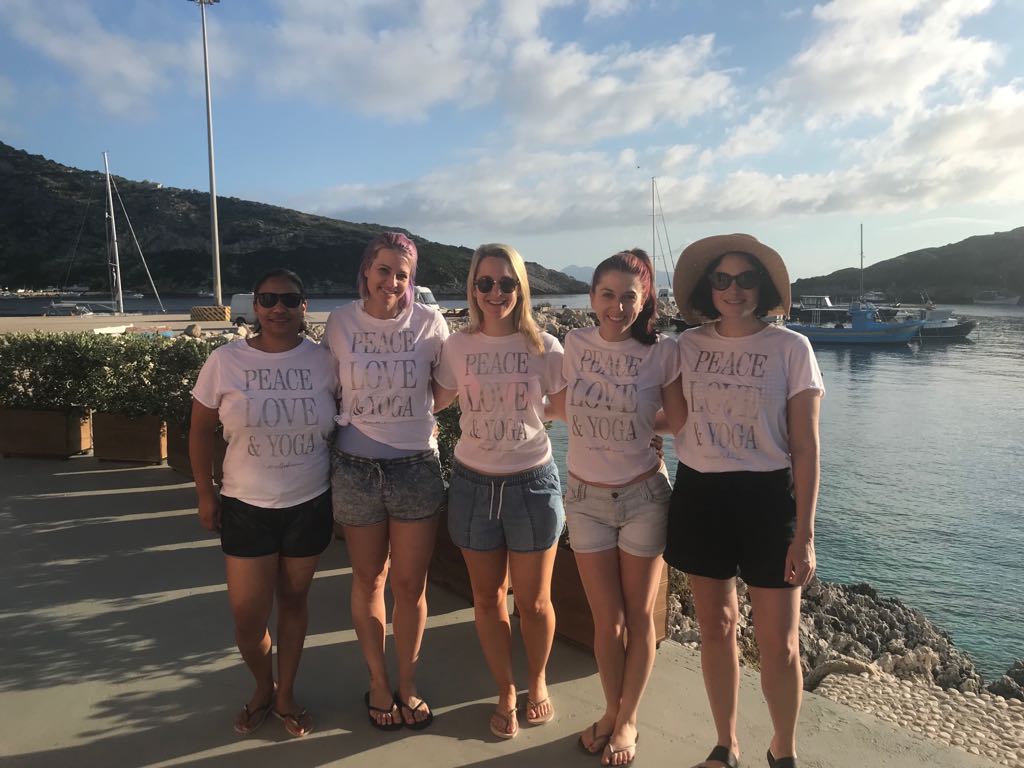 It was so nice being in such a sleepy tiny town after the hustle and bustle of the other tourist cities. Just what I needed to end off an incredible Greek adventure!

If you missed the rest of my Greece blogs you can catch up here:

Where have you been to in Greece?